Home Uncategorized Vettel not at all satisfied with his P4 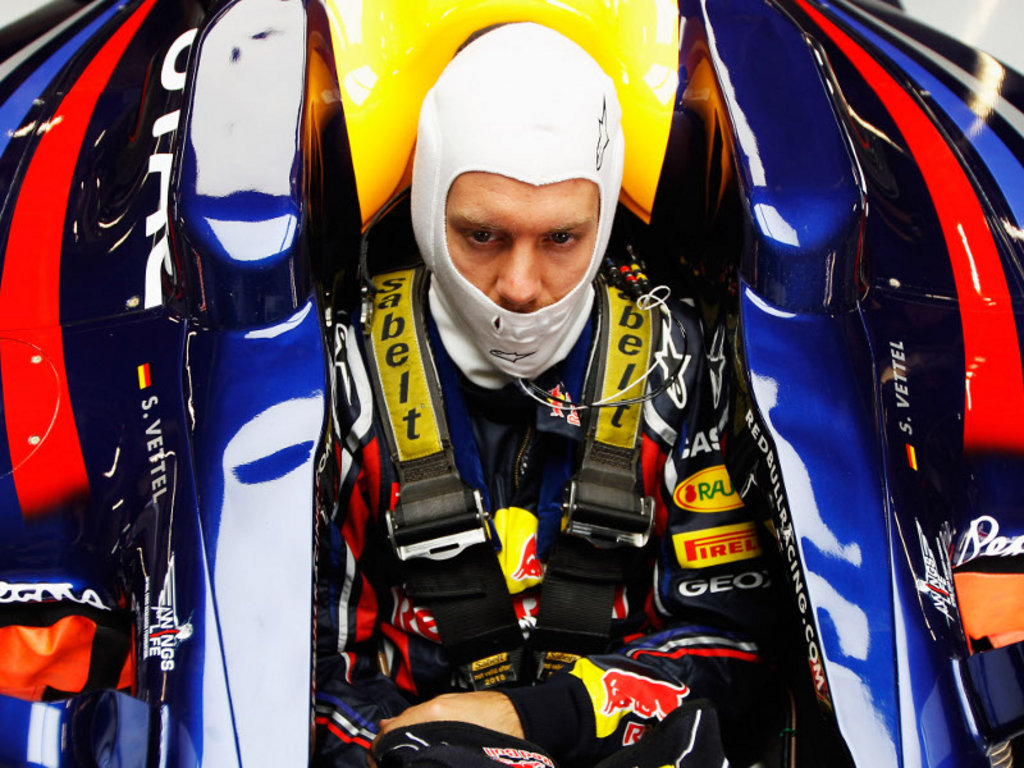 Sebastian Vettel was – for the first time this season – left unhappy and unsatisfied on a Sunday afternoon. And it happened at his home race…

Sebastian Vettel was – for the first time this season – left unhappy and unsatisfied on a Sunday afternoon. And it happened at his home race.

Starting from the second row of the grid, the first time in 15 races he hasn’t qualified in the top two places, Vettel found himself in a melee, squabbling for track position.

Dropping to fourth behind Ferrari’s Fernando Alonso, Vettel had an erratic race during which he dropped as low as P9 after twice running off the track and putting his RB7 into a slide.

However, he managed to work his way back up to fifth by the end of the second round of pit stops and spent several laps chasing the second Ferrari of Felipe Massa.

But, unable to find a way by, he had to wait until the final stop for medium tyres on the penultimate lap to finally get ahead of Massa. And it was all down to his Red Bull mechanics to get him onto the track ahead of Ferrari driver, who had pitted at the same time.

“It felt good to get out ahead of Felipe, it was nice to see the Ferrari still stationary,” said the German. “I think both of us were right at the limit at the end of the race.”

But while that may have been “nice”, finishing in fourth place was not.

It was Vettel’s first race off the podium this season and, in fact, his first outside the top two positions. It also meant his lead in the Drivers’ Championship was cut to just 77-points over his team-mate Mark Webber, who finished P3.

“I think fourth was probably our maximum today, which is not satisfying,” Vettel told the BBC.

“We need to work harder on our car to get back on to the podium, and maybe on to the top step again.

“We have to accept that today other people were quicker than us, and surely I’m not happy, I’m not satisfied.

“I didn’t feel too good all weekend, I never got to the pace Mark had in his car.”