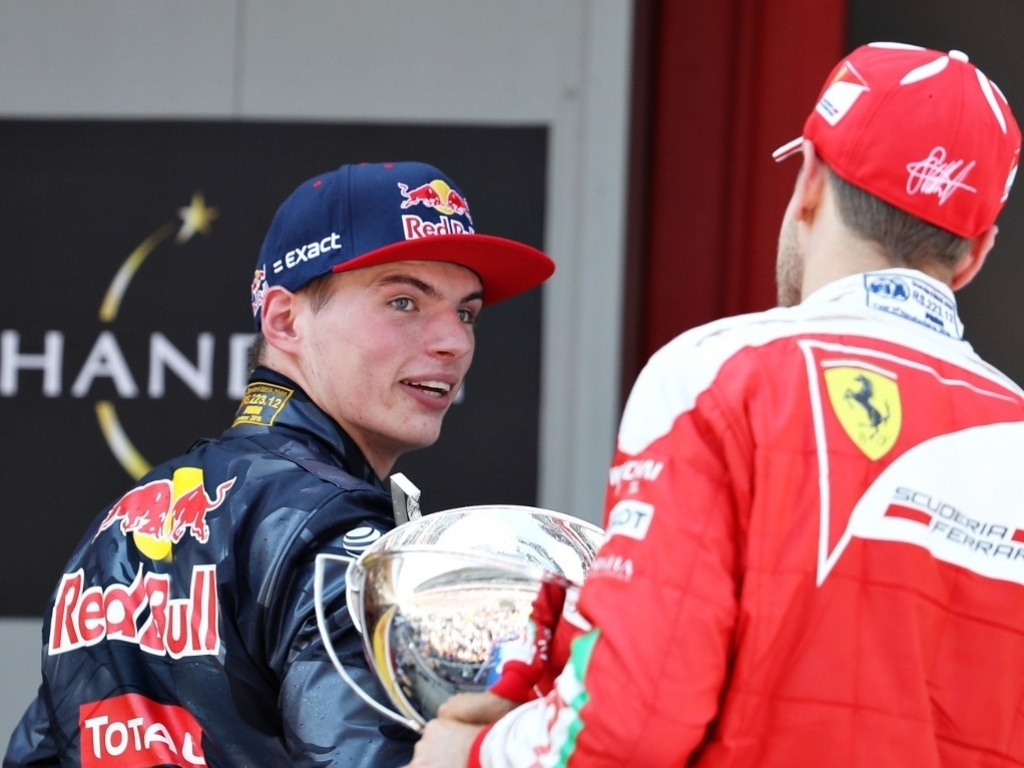 Ferrari driver Sebastian Vettel has revealed that he will not lose sleep over Max Verstappen’s triumph of becoming the youngest driver to win a Grand Prix.

Breaking Vettel’s record by more than two years, Verstappen became the youngest Grand Prix Champion at 18 years and 228 days when he crossed the chequered flag ahead of Kimi Raikkonen at the Spanish GP.

While he was at Toro Rosso, the four-time World Champion shocked the F1 world when he won the Italian Grand Prix in 2008 aged 21 years and 73 days.

However, Vettel explained that records are there to be broken and he looks at the Dutchman’s achievement as a positive development for the sport while also adding that age is not a factor in terms of becoming a champion.

"Records are there to be broken," he told Crash.net

"I was so excited when I won my first race that I didn't care if I was twenty or 25 or whatever age, I don't think it matters [about age].

"I met Stirling Moss a couple of weeks ago. Unfortunately he only raced until his thirties but I think he was there to race until his fifties. Obviously cars these days are a bit easier to drive than when I started but still I think there's nothing that speaks against…

"I don't know how old Kimi Raikkonen is actually but 35 year old to keep fit and to drive these cars if you're still quick enough, you're still young enough, so that's the bottom line."