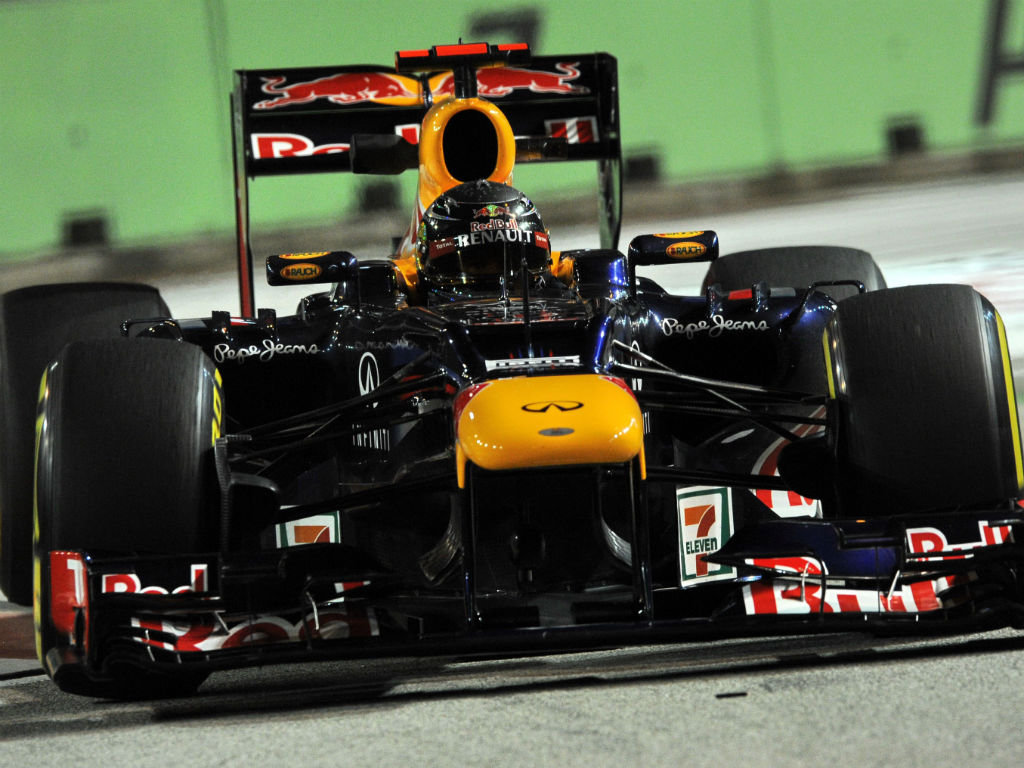 Sebastian Vettel was the first to admit his back-to-back P1s in Singapore on Friday count for very little in the greater scheme of the weekend.

Arriving at Singapore on the back of Red Bull’s first point-less grand prix in 34 starts, the reigning World Champions were eager to get off on the right foot. That’s exactly what happened.

Vettel set the pace in Friday’s first practice on a slightly damp Marina Bay circuit, edging Lewis Hamilton by 0.049s and followed that up with another P1 later in the night.

The reigning World Champion, who is also the defending Singapore GP Champ, posted a 1:48.340 to beat Jenson button by 0.311s.

“We can be quite happy, let’s see what we do tomorrow,” said Vettel.

“It’s only Friday and especially here it’s not very conclusive because some people might be stuck in traffic. All in all most important is the car seemed to work on either tyre and we go from there.”

Vettel, who was at his best through the final sector, hailed the changes made to the Marina Bay kerbs, which last season caused a few problems as they lifted and lifted drivers into the air.

“The kerbs have changed a little bit, which I think is an improvement. The old kerbs I think were a bit weird for all of us so it’s a better solution.

“It is bumpy but that’s the nature of the track, if it would be smooth it wouldn’t be Singapore.”