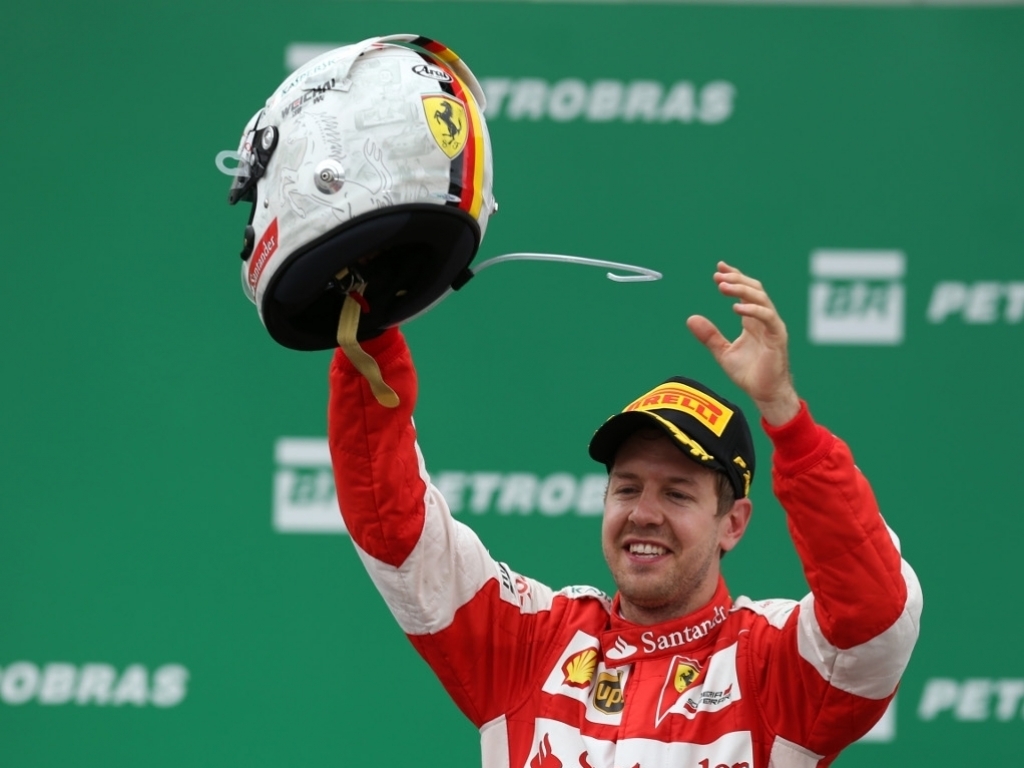 Although Sebastian Vettel believes Ferrari closed the gap to Mercedes in Brazil, he concedes they were that "bit quicker" making it difficult to attack.

The Ferrari driver claimed his 13th podium result of this season as he brought his SF15-T across the line in third place at Interlagos.

It was a good result after a nightmare showing in Mexico but once again Vettel was unable launch any sort of attack for the victory.

He finished 14.2s behind race winner Nico Rosberg but believes there were some positives for the Scuderia on the day.

"I think it was a good race for us," said the four-time World Champion.

"I was hoping at the start that maybe we could do something but it wasn't possible.

"The start was okay but it wasn't any better than Lewis or Nico's.

"I thought after that half way through the first stint that maybe we could stay with them but then they started to pull away.

"Overall I think we have to admit they were just a bit quicker but I'd say we were probably closer here than many many races before. In terms of race pace only 1, 2 or 3 tenths at a time and in the last stint maybe a bit quicker."

It was a lonely race for Vettel as while he never managed to close up on the Mercedes, Kimi Raikkonen in fourth place finished 30s behind his team-mate.

"It was a great race but not very exciting," Vettel added.

"We were a bit in no man's land with no one to fight with so hopefully next race we can again be a bit closer."