Home Uncategorized Vettel: Nothing I could do to stop Lewis 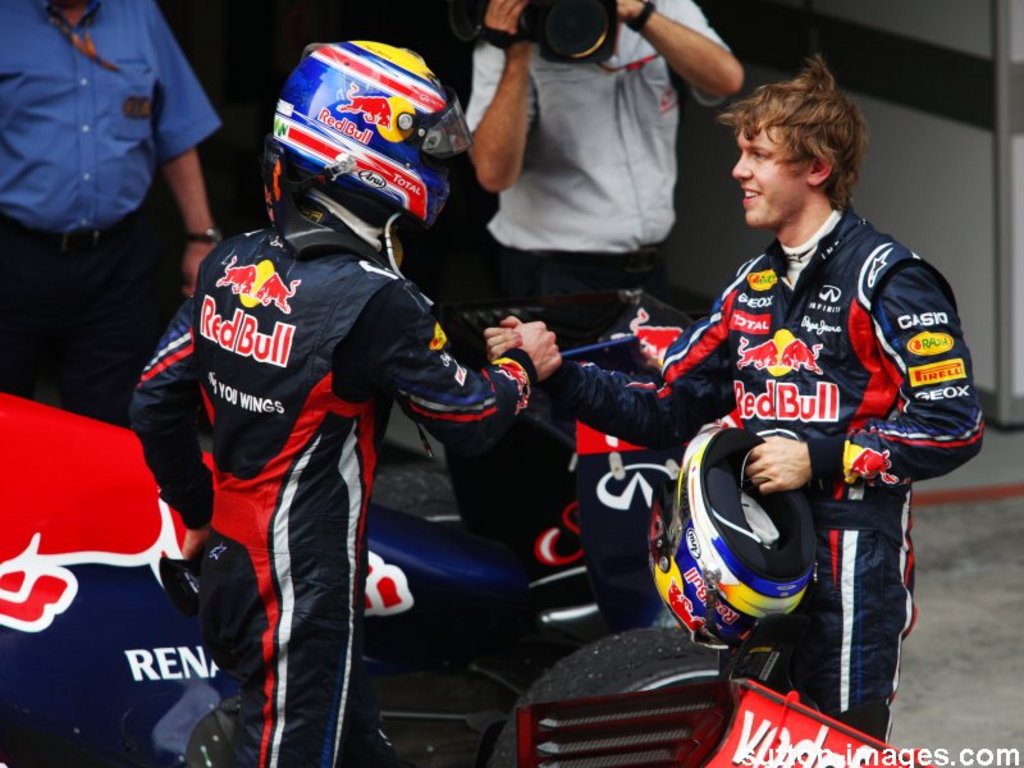 Sebastian Vettel says Red Bull must learn from the Chinese GP after they were out-strategised by McLaren for the victory.

Having lost out to both McLarens off the start-line, Red Bull opted to run Vettel on a two-stop strategy, which, given that he was leading with ten laps remaining, appeared to be the right call.

However, with fresher tyres thanks to his three-stopper, Lewis Hamilton came charging towards Vettel and easily took first place and the race victory off the German.

“The middle stint should have been longer, but then you find yourself on the hard tyre and I saw Lewis coming closer and closer. There was no point, I tried to defend as much as I could without losing too much time.

“We made a couple of mistakes and we had some problems, but still we finished second so I am very happy for that.

“Congratulations to Lewis and McLaren – it shows that one race when you try something a bit different, you make mistakes. It is natural and there is someone else to beat you.

“We learned a lot today. I am the only one on two stops here (on the podium) so surely something to look into tonight.”

Vettel was joined on the podium by his team-mate Mark Webber, who put his fresher tyres to good use to overtake the second McLaren of Jenson Button.

However, Button did offer the one comical moment of the grand prix when he mistakenly pulled into Vettel’s pit box when he came in to change tyres.

“It was quite a surprise – Jenson in front of me went into my garage,” Vettel said. “We had something similar with STR, I don’t know what attracts people to stop in our garage… The guys kept their heads cool, we came out in the lead.”