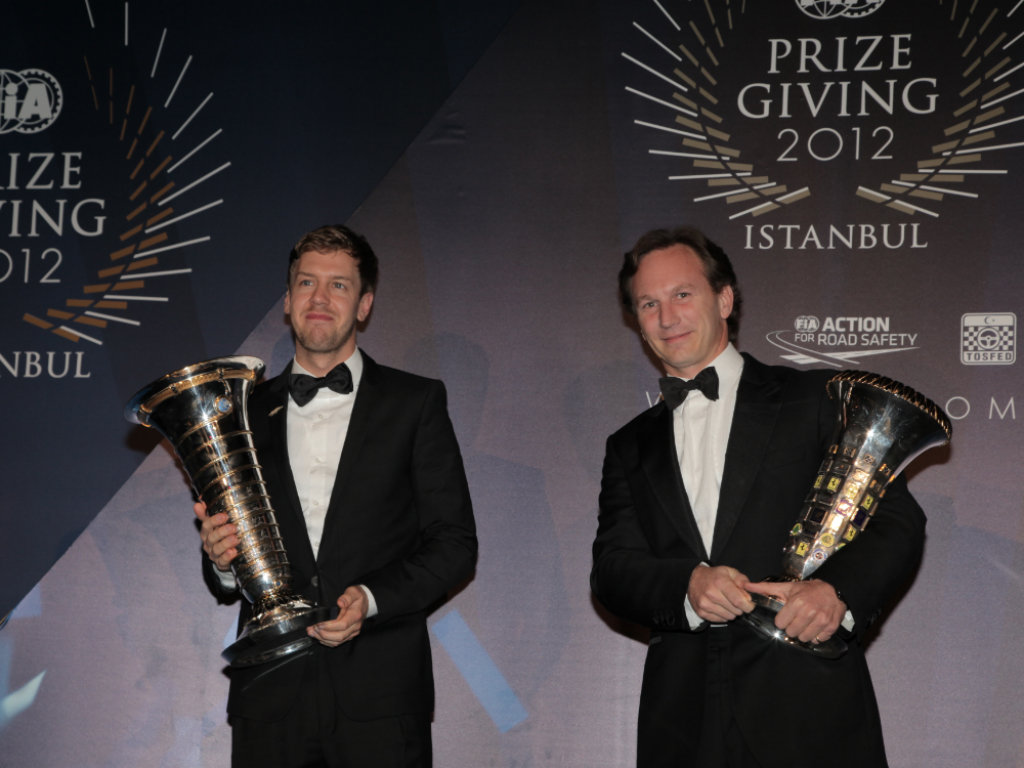 Sebastian Vettel’s third Championship title was made official at an FIA gala event in Turkey.

The German was awarded his trophy after just edging out Fernando Alonso by three points in a battle that went down to the wire.

In the end it was four consecutive victories in the latter stages of the season that proved key for Vettel who was quick to praise his team for their efforts.

“It’s a fantastic feeling to be here tonight and to be able to take this trophy back home for another year. As I said last time, it isn’t something you want to give back,” he said.

“Winning the title with Red Bull Racing three times in a row makes us all feel very proud. This was a season with lots of ups and downs and the team had to push hard to get me over the line.

“In the garage and at the factory everyone did an incredible job, and the support we had from Renault was also great.”

Red Bull team boss Christian Horner was right beside his man to collect the Constructors’ trophy, with the Briton highlighting the manner in which the Milton Keynes outfit performed under pressure.

“This is a phenomenal achievement for our team,” he explained. “The hard work and the dedication this year have been exemplary – but I think hard work and dedication have been common up and down the pitlane in this fantastic F1 season.

“It didn’t seem possible we could raise our game after last year but I think we have. The team have used every scrap of their skill and ingenuity, they’ve had the courage of their convictions and have refused to buckle under the most enormous pressure. I’m very honoured to collect this trophy on their behalf.”

The organisers of the Indian Grand Prix were the recipients of the Bernie Ecclestone Formula 1 Promotional Trophy for the best race of the year. Sky Sports were also honoured for their coverage of the season.