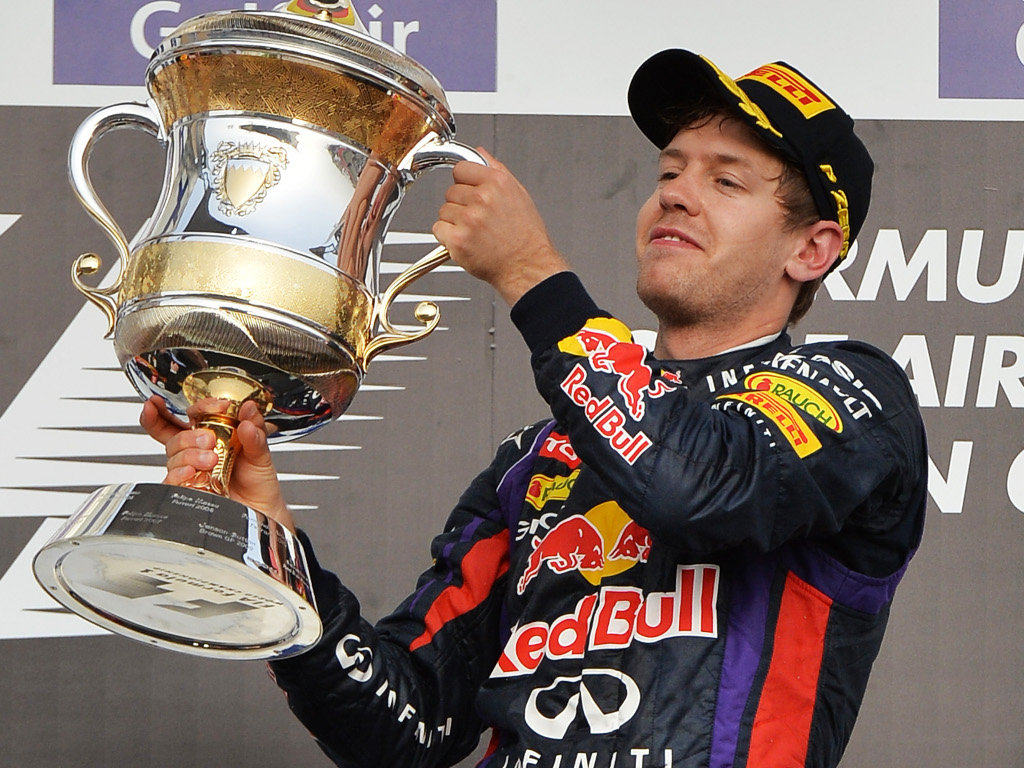 Sebastian Vettel celebrated an emphatic win in Bahrain on Sunday after two early passes set him up for his second triumph of the Championship.

The reigning World Champion became the first double winner of this season in Bahrain when he added that Sakhir trophy to his Malaysian crown.

However, this time he did without controversy.

The German was faultless on Sunday afternoon as he took three laps to work his way to the very front of the field. And once there he did not look back, leading by as much as 26s before he final pit stop.

“A big, big thank you to the team today,” Vettel said.

“A flawless, seamless race from start to finish and it was crucial straight away after the start to get in to the lead if I could and then go from there and look after the tyres.

“The pace was phenomenal; the car was very quick and just seemed to get better and better towards the end. It was really a beautiful race where you could really push every single lap and we took good care of the tyres, so overall very happy.”

The German’s drive to the chequered flag was set up by two early passes as he dropped from second to third off the line.

However, by Turn Seven on the opening lap he already taken second back from Fernando Alonso before hunting down Nico Rosberg, who he overtook on lap three.

“It was very tight already in the first corner with Fernando on the outside and unfortunately I had to give way.

“I wanted to line it up to get Nico probably on the next straight but then Fernando squeezed in. Then I got him back which was crucial; I saved some KERS and could out-accelerate him in to Turn Six.

“Then Nico was a tough one, so I really had to think for a while because he was quite quick down the straights.

“The headwind today helped all the cars behind but still it wasn’t as straightforward as I was hoping for. Once the track was clear we could unfold the true pace of the car.”