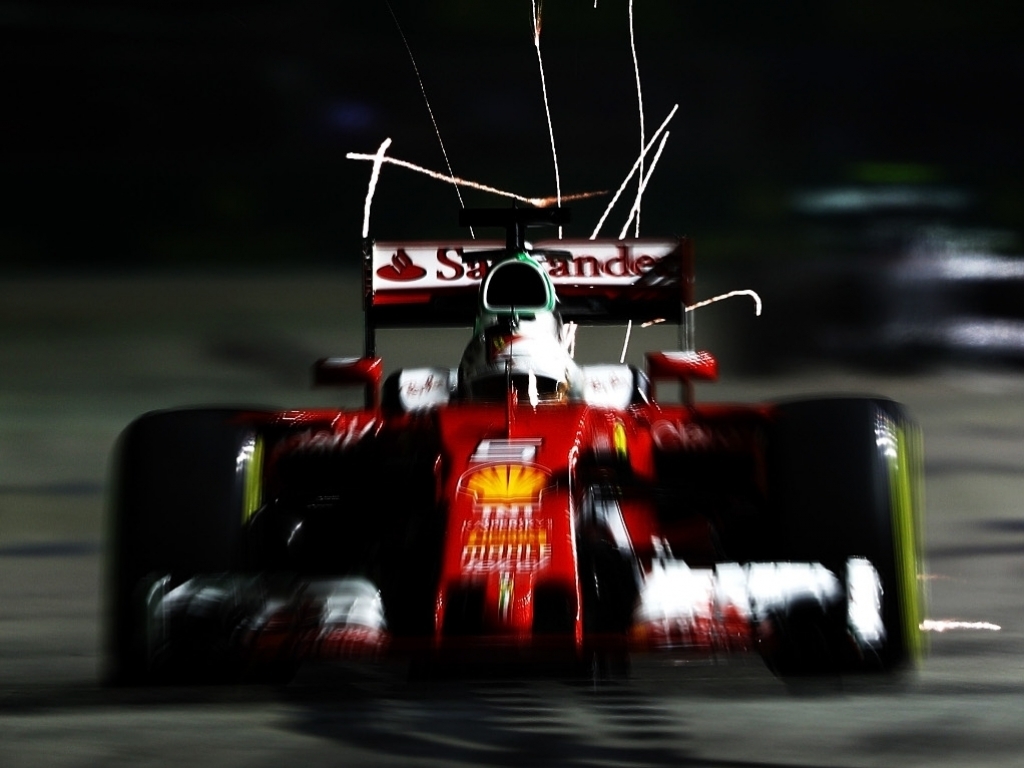 During Q1 of the Singapore Grand Prix, Sebastian Vettel failed to make it to the next round after he suffered a suspension failure and qualified in last place, but still feels he can secure a positive result at Sunday’s race.

The German’s front left tyre lifted during his run in Q1, which called for the Scuderia to order his car back into the garage. The Italian team then thought they had fixed the problem but the quadruple World Champion suffered another suspension failure, which resulted in him calling his second attempt a waste of time.

Lamenting the qualy, Vettel felt that a top four start was definitely on the cards.

“It’s a big shame. I think the car was good enough to put it on the first four,” he quipped.

“It was quite obvious to see that going around on three wheels doesn’t really work.

Despite the setback, the Ferrari driver is confident that the safety car will play a huge part at the Marina Bay Street Circuit, which will help his chances of tearing through the grid.

“We have a lot of tyres, so that’s an advantage. It’s bad to start from the back,” he added.

“Nevertheless, with the safety car and so on you can always come back.”