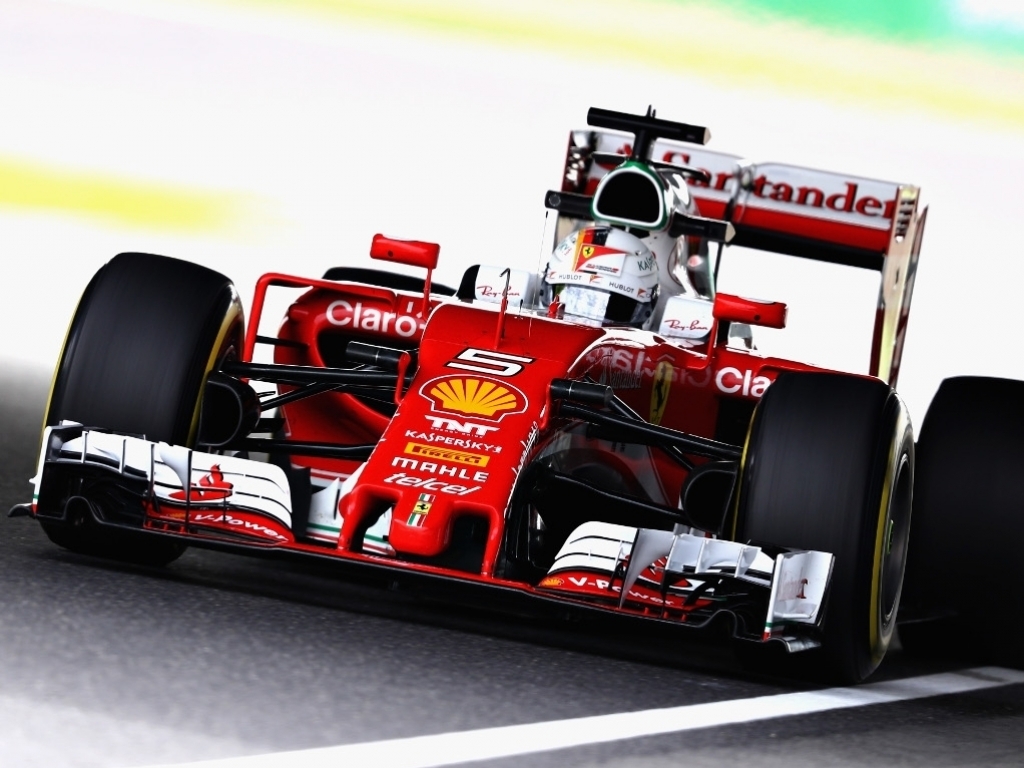 Despite qualifying P4 ahead of the Japanese Grand Prix, Ferrari driver Sebastian Vettel will start Sunday’s race P7 after suffering a three-place grid penalty for his collision in Sepang last week.

However, the German was nonetheless pleased with the Scuderia’s pace, as he and his team-mate Kimi Raikkonen pipped the two Red Bulls and came within touching distance of the Silver Arrows after qualifiers in Suzuka.

“The car felt good in qualifying, and it was very tight.

“It’s even more of a pleasure to put both cars ahead [of Red Bull] but I think it’s a combination of things. The car felt a lot better than last year. It’s a track where you obviously need a stronger car to go faster.

“The gap ahead also is a lot smaller for us compared to previous events. I think the stuff we brought here seems to work.

“It’s usually quite a challenging track looking at the downforce of the car and the handling. The fact that we’re in front of Red Bull and closer than in the last couple of races to Mercedes, is a good sign.”

Vettel has never finished out of the top three since 2009 in Japan, but will have to pull something special out of his car if he is to carry on the trend.

“It is what it is. We have to live with the penalty, we can’t change it. You never know whether that turns out to be costly or not, in this case yes,” he continued.

“[Suzuka] is track where it’s difficult to pass but equally you can pass so we’ll see what we can do in terms of strategy, how the start goes, how the first lap goes, and go from there.

“All in all, we’ve been happy today and I think we can carry that momentum into the race. Nevertheless, it will be very close so we obviously have to nail our race from start to finish to keep our position in Kimi’s case and in my case make progress.”