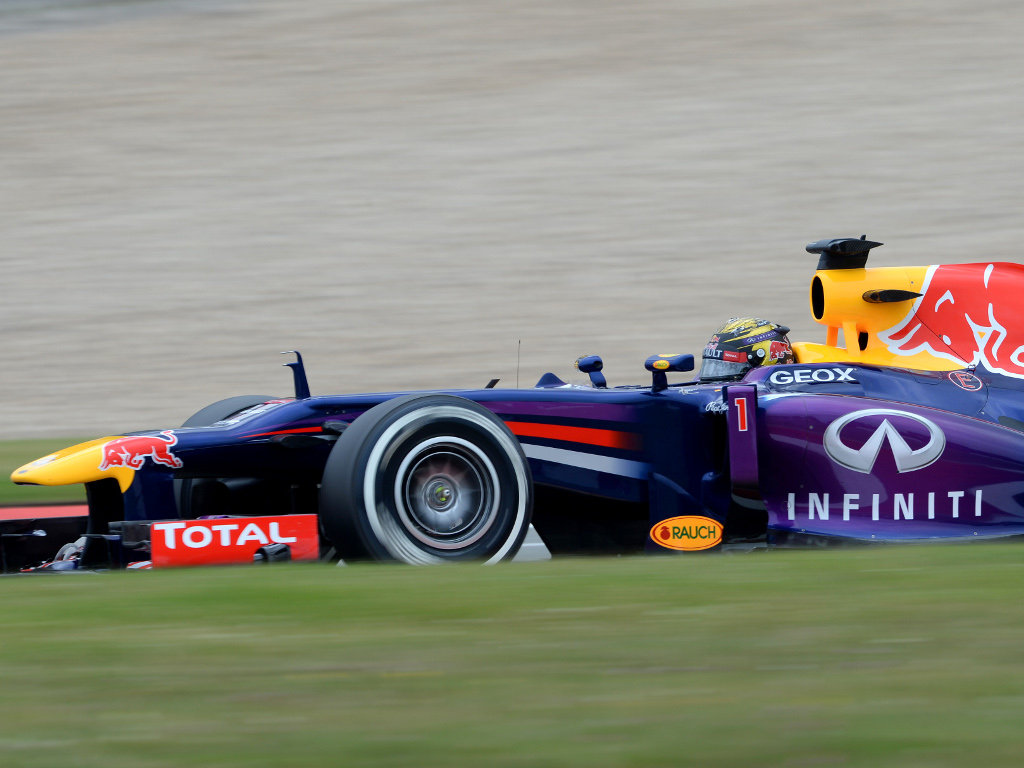 Sebastian Vettel was happy to bounce back in Free Practice at the Nurburgring after Red Bull were unable to touch Mercedes in FP1.

Merc’s Lewis Hamilton topped the timesheets with a 1:31.754 in the morning with his team-mate Nico Rosberg claiming P2, but it Red Bull who took over at the front in the afternoon.

Defending World Champion Vettel posted a 1:30.416 on softs to claim top spot with his German compatriot Rosberg sandwiched between the two Red Bulls.

Vettel admits they couldn’t touch the two Mercedes cars in the morning, but is pleased that they managed to find some pace later in the day.

“Mercedes were bloody quick this morning, we couldn’t have done that,” Vettel said. “I wasn’t entirely happy in this morning’s session, but we were in better shape this afternoon.

“Our long runs were determined by traffic so we’ll see what happens, but I’m happy with what we did in the afternoon.”

The build-up to the German Grand Prix was dominated by tyre talk after the Grand Prix Drivers’ Association threatened to withdraw from the race if there was a repeat of the tyre blowouts suffered at Silverstone.

However, not a single driver experienced tyre issues.

“It was not a threat,” Vettel said. “We expressed that we trust Pirelli. It was a good day today, but we also expressed if there were incidents then we would think about something. The tyres are fine, despite high tyre wear – particularly on the softs.”