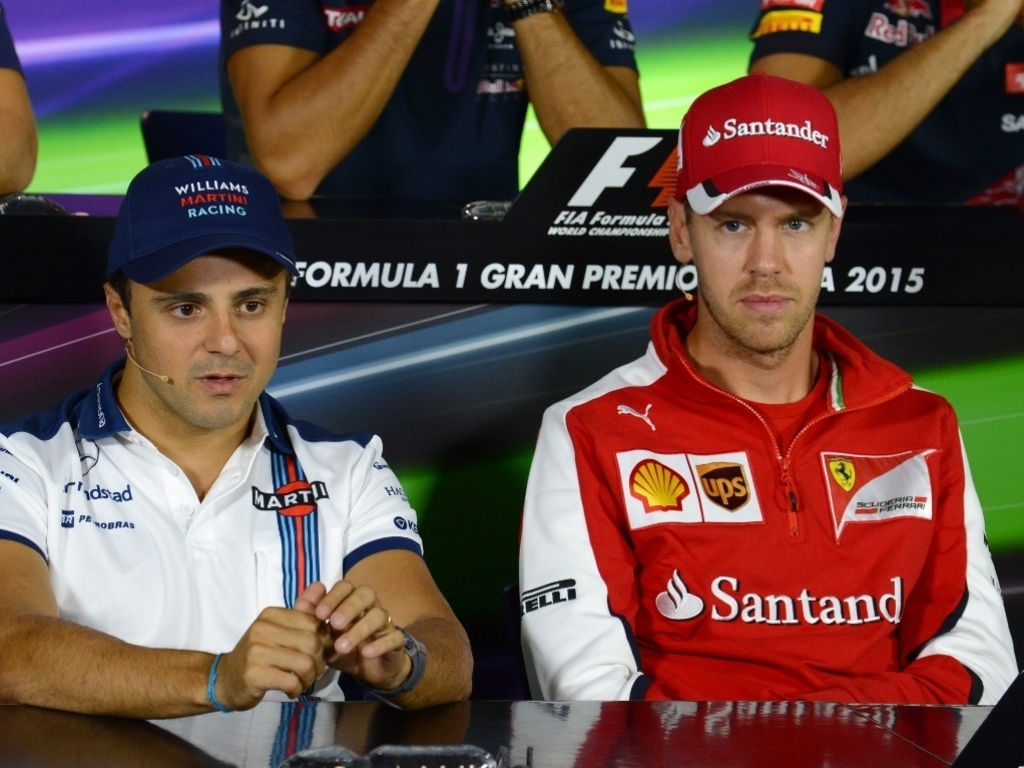 Having had time to cool down, Sebastian Vettel says while Pirelli's blow-outs are "not acceptable", it is time to work together to "make progress".

The Ferrari driver lashed out at Pirelli in the wake of the Belgian GP when a right-rear blow-out cost him a potential podium just two laps from the chequered flag.

Pirelli released their findings regarding the incident through the FIA, revealing that Vettel's tread was down to "30%" which meant his tyres were "more susceptible" to damage. And damage is what his right-rear suffered due to a small piece of debris.

Having spent time speaking with Ferrari's engineers as well as Pirelli, Vettel says it is time to focus on making "progress" rather than hurling accusations.

"We've been looking very closely into the issue we had," he explained in Thursday's press conference at Monza.

"Pirelli has been supportive and very open in the discussions, which is the most important thing, and to make sure we learn from that.

"They have been very, very professional, have handled it with extreme care, very seriously, things are going the right way, and our target now is to improve the situation and make progress.

"And what's more important than any sort of press release is the feeling I got when I spoke to the engineers and to Pirelli."

Pirelli are set to make two changes ahead of this weekend's Italian Grand Prix as they have raised tyre pressures by 5psi and altered the camber limits.

Vettel has welcomed the Italian tyre manufacturer's actions but says "long term" there is still work to be done.

"Obviously it is not acceptable to have a blow-up at the sort of speed I did out of the blue," he said.

"There are short-term changes, tyre pressures for example, but if that's the short-term reaction then that's one thing.

"Long term we need to understand properly what happened, but it's very clear everybody is trying to do their best."