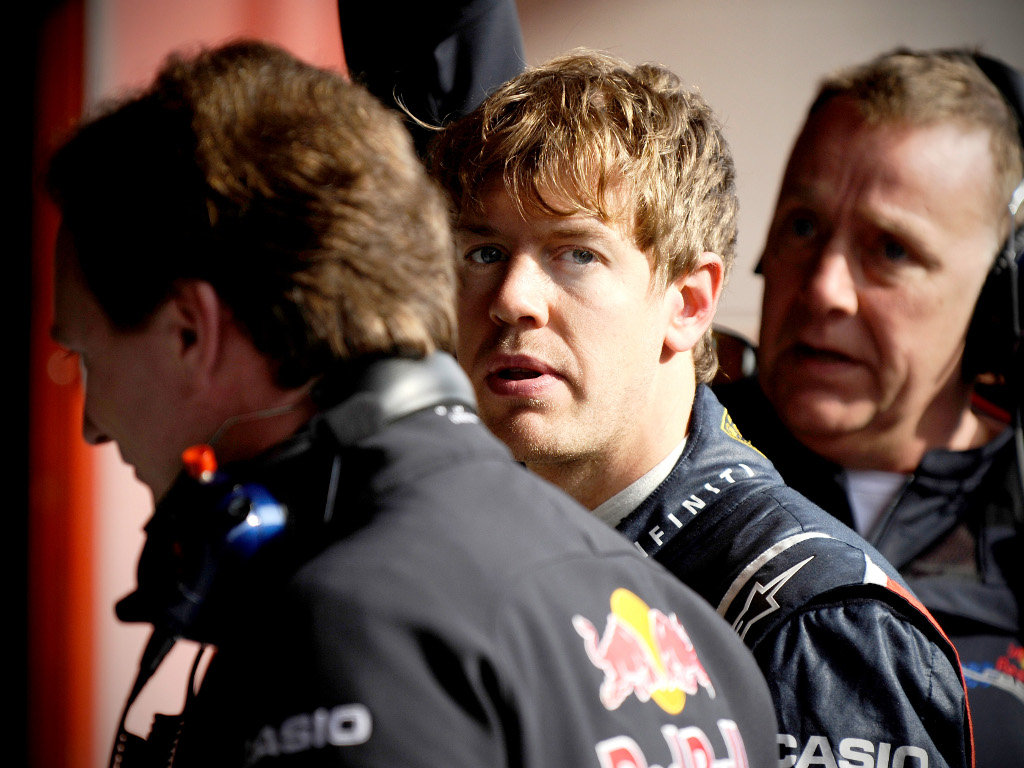 Sebastian Vettel was left in the dark about the impact of Red Bull’s updates after problems curtailed his running on the final day of testing.

Red Bull introduced a radically different car on the penultimate day of testing which Mark Webber debuted, later saying that they had not made a significant difference.

Handing over to Vettel for Sunday’s final day of action, the reigning World Champion had hoped to form an opinion of his own.

However, that was not possible after a damaged front wing and a gearbox problem limited the German to just 23 laps.

“I’d love to be able to say more but in the morning I had an issue, I went off track and broke the front wing and had to come in,” Vettel said.

“It took quite a while to get back out and then just before lunch we had a problem with the gearbox so it upset the whole day.

“After that there wasn’t much we could constructively do. To be honest, it wouldn’t be fair to judge the updates we have, as I didn’t get many laps.

“I think yesterday (Saturday) was quite a decent step and it was a good day for Mark, so we’ll take what we can from that.”

Despite the disappointing end to the 12 days of testing, the reigning World Champ insisted it had been a positive pre-season for his Red Bull team.

“Summing up, I think that with testing you always have something you’d run differently but you have to accept what you get.

“There aren’t many years you can give yourself a 10 out of 10, because it’s likely that things break or you stop for precautionary reasons.

“Overall, though, I think we can be quite happy with how we’ve done this time.”