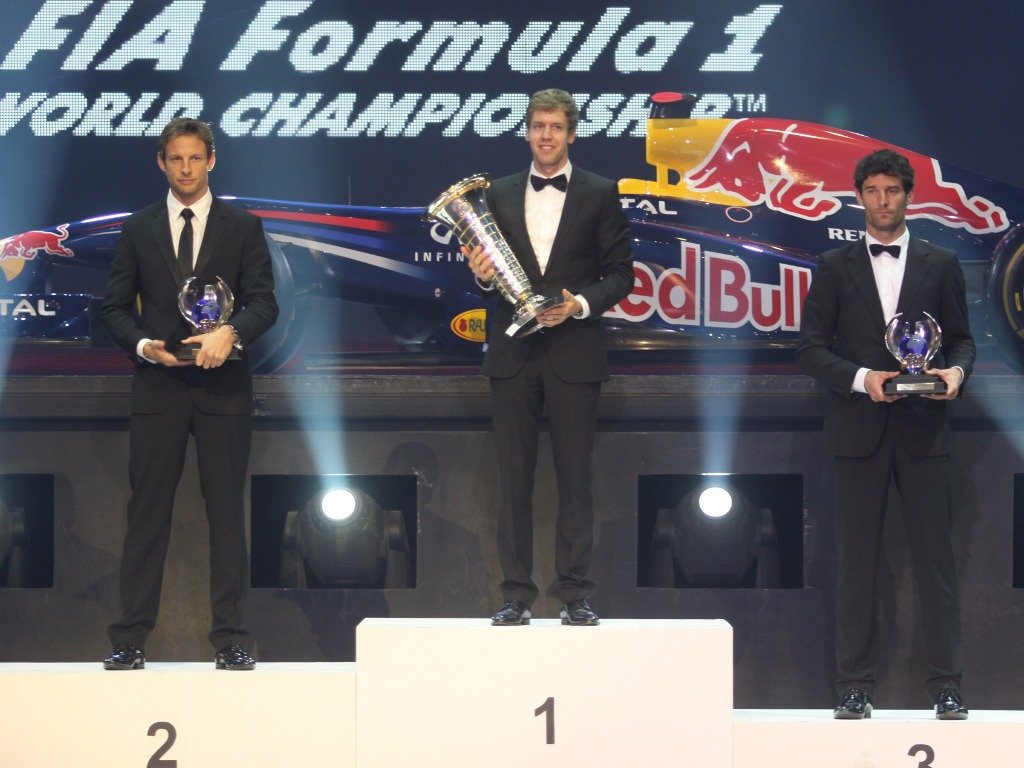 World Champion Sebastian Vettel has paid tribute to the efforts of his team after they pulled off the title double for the second consecutive year.

Red Bull took the Driver’s and Constructor’s Championships in 2010, but while last year Vettel didn’t lead the Championship until the final day, this year the German led from start to finish. The Constructor’s title too was wrapped up with plenty of time to spare.

Speaking after collecting his title trophy at the FIA Prize Giving Gala on Friday, Vettel admitted that adding his name to the history books as the youngest double World Champion was an incredible feeling, but one that wouldn’t have been achieved without the hard work of the men behind the scenes.

“It’s great to be here in India at the FIA Gala to collect my second Drivers’ Championship Trophy,” he said.

“I have had the trophy in my house all year and didn’t want to give it back, so this means a great deal to me.

“It’s hard to put into words how it feels to win again; the team stayed focused and made few mistakes and I would like to thank them for all their impressive efforts. I would also like to thank Renault who worked so hard all year.

“The history of Formula One means a lot to me and it’s special to know that we are now somehow a part of that.”

“To win 12 races and take 18 pole positions and 27 podiums to defend our title is something we are very proud of.

“I would like to thank every member of the team, including Mark and Sebastian for all their hard work. Receiving the award tonight is fantastic and a great end to what has been an incredible year.

“Seb’s achievement of becoming a double Formula One World Champion is incredible; the fact he is the youngest ever to do this is testament to the exciting young talent that he is.”