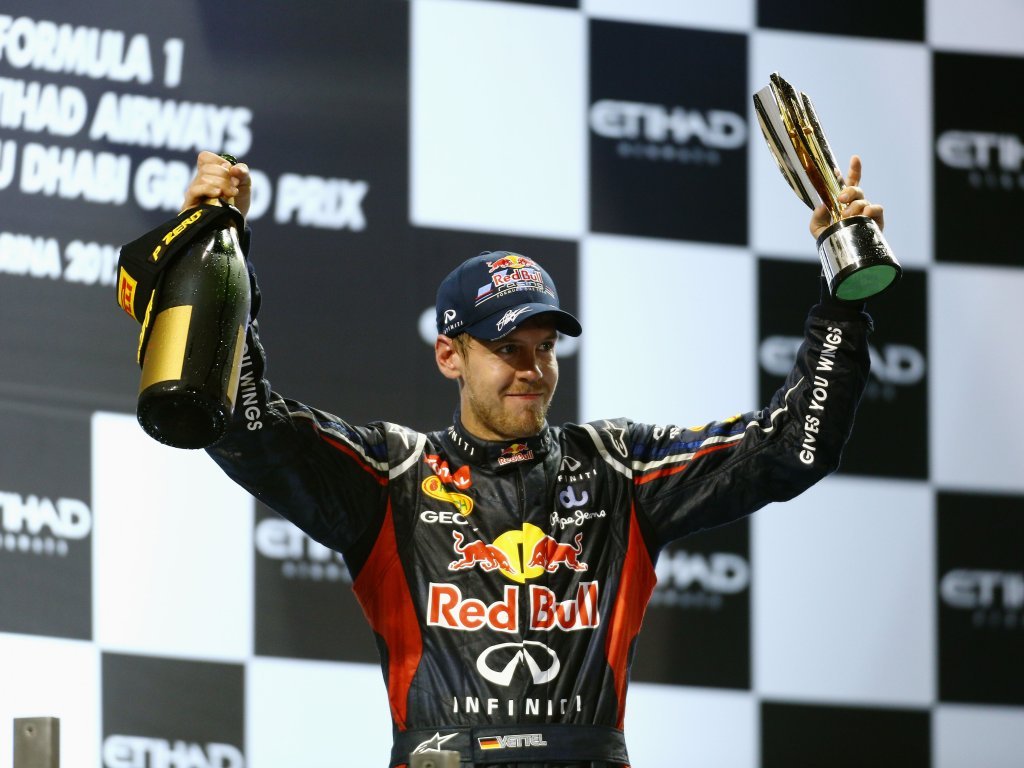 He started from the pit lane, yet Sebastian Vettel somehow managed to get onto the podium in Abu Dhabi…

He started from the pit lane, yet Sebastian Vettel somehow managed to get onto the podium in Abu Dhabi.

Having qualified P3 on Saturday, the German was sent to the back of the grid after he was disqualified from qualifying as his Red Bull lacked sufficient fuel to provide the mandatory sample to the FIA.

Red Bull then opted to start him from the pitlane in order to make a few changes to his RB8 that would assist him when it comes to overtaking.

It turned out to be a masterstroke as he charged through the field, but he also found himself in the thick of things as he lost a bit of his nose at the start and then saw more bodywork flying off his car after a close shave with Daniel Ricciardo of Toro Rosso while the Safety Car was out.

In the end he managed to finish third behind race winner Kimi Raikkonen and Fernando Alonso, his main rival for the 2012 Championship.

“I believed I could get the podium,” Vettel said after the race. “After a couple of laps that changed a little and I had a messy start to the race but I damaged my front wing and I had a big mistake with Daniel who was stopping his car on the straight and I was surprised.

“If it was 50m earlier or later I wouldn’t have damaged my wing. It was full attack or nothing and that’s what we did. It was a fantastic race and in the end it was a nice fight with Jenson [Button] and I just squeezed my way past. It was a thrilling race – up and down all the time.”

Alonso’s P2 at the Yas Marina Circuit means Vettel leads the Championship by 10 points with only the races in the United States and Brazil still to come.

“There are still two races to go and we’ve seen how quickly it can change,” he added.

“If we’d started third it would have been a different race. We can be proud and we only lost a little but the car is quick and so we’re looking forward to the next two race and we believe.”
Related Links
Kimi Is Back On Top With Abu Dhabi Win
The Abu Dhabi GP In Pictures