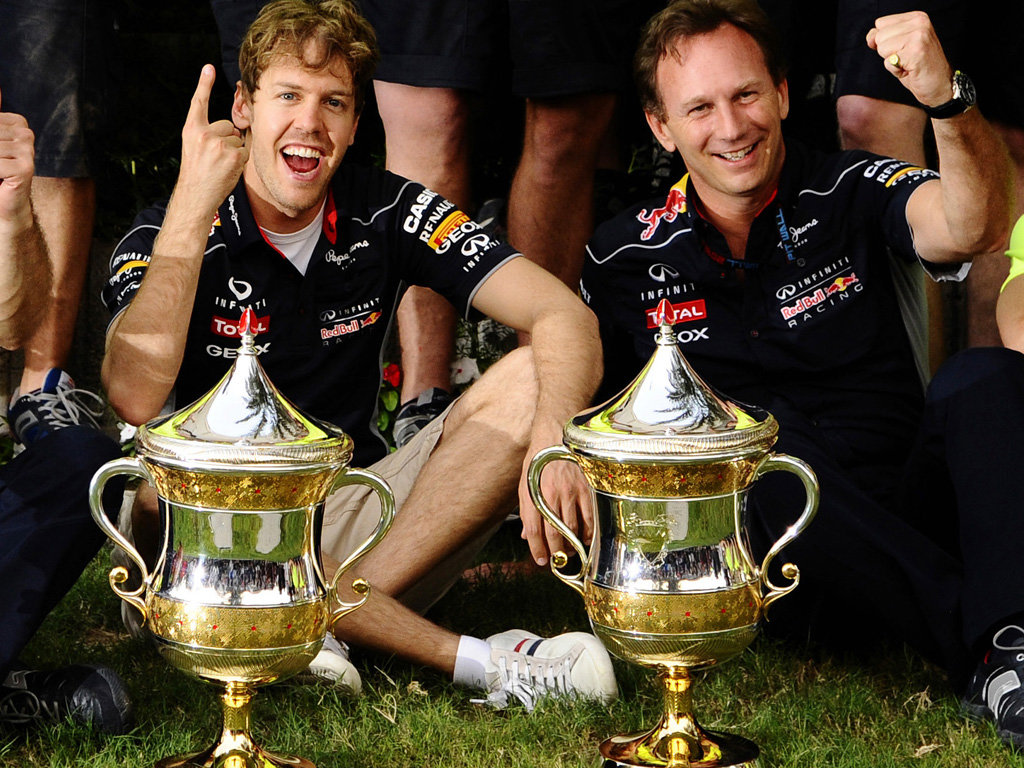 Red Bull team principal Christian Horner has tongue-in-cheeky revealed that Sebastian Vettel does listen to him.

Having famously ignored orders from the pitwall at the Malaysian Grand Prix not to overtake his team-mate Mark Webber for the race win, Vettel showed in Bahrain over the weekend that he does take note of his team boss’s advice.

Vettel came from second on the grid at the Sakhir circuit to win his second race of the season and open a 10-point lead at the top of the Drivers’ standings over Kimi Raikkonen from Lotus.

Horner, though, is taking some credit for the win as he believes his advice before the race was key to Vettel’s passing moves on Fernando Alonso and Nico Rosberg at the start.

“We talked before the race about the undercut out of Turn Four,” the team principal is quoted saying by Sky Sports F1. “I mentioned it to him on the grid that the undercut on Turn Four in some of the support races had worked very well.”