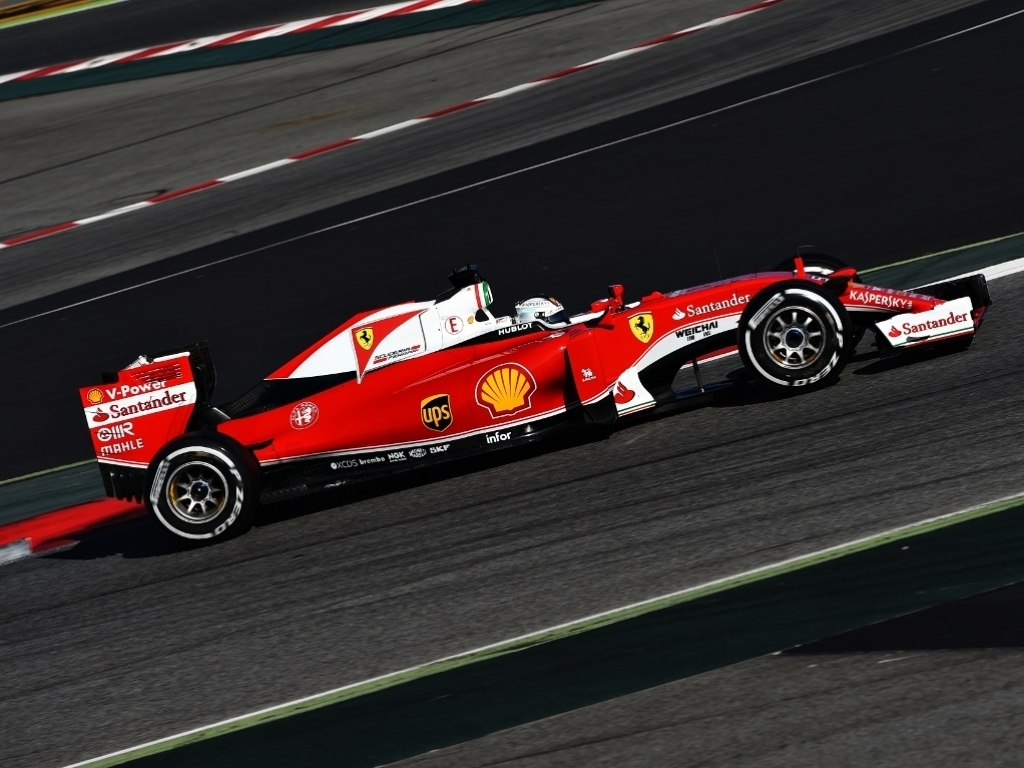 Vettel began his morning as the Spanish circuit with an installation lap that included the halo cockpit protection design.

Once that was removed he got down to business and after two hours went quickest on the soft tyres, a 1:23.595. The Ferrari driver later swapped to the super-soft, lowering the benchmark time to a 1:22.852.

Carlos Sainz came the closest to matching it as he clocked a 1:23.134 on the ultra-softs while Sergio Perez on the super-softs was a further six-tenths off the pace.

Hamilton finished his final morning of testing with a P4 and a walk back to the pits. Minutes before the lunch break the Mercedes driver ground to a halt on the run-in to Turn 1.

A strange bang was reported with Mercedes revealing that "a transmission problem has stopped Lewis Hamilton on track just before the lunch break."

The team added: "The car is heading back to the garage for further assessment over the lunch break."

It was Mercedes' first red of the pre-season but Hamilton still managed to cover 69 laps on Friday morning, the busiest of the 11 drivers.

Daniel Ricciardo was fifth quickest ahead of Jenson Button, who used the ultra-softs, Jolyon Palmer, Marcus Ericsson and Romain Grosjean. The five drivers were separated by less than a second.

Felipe Massa completed the top ten on the medium tyres while Manor were bottom of the log without a time.

The team reported in the morning that "now there's a mechanical issue on the car that is stopping us from getting out but we hope to be out before lunch." That didn't happen.