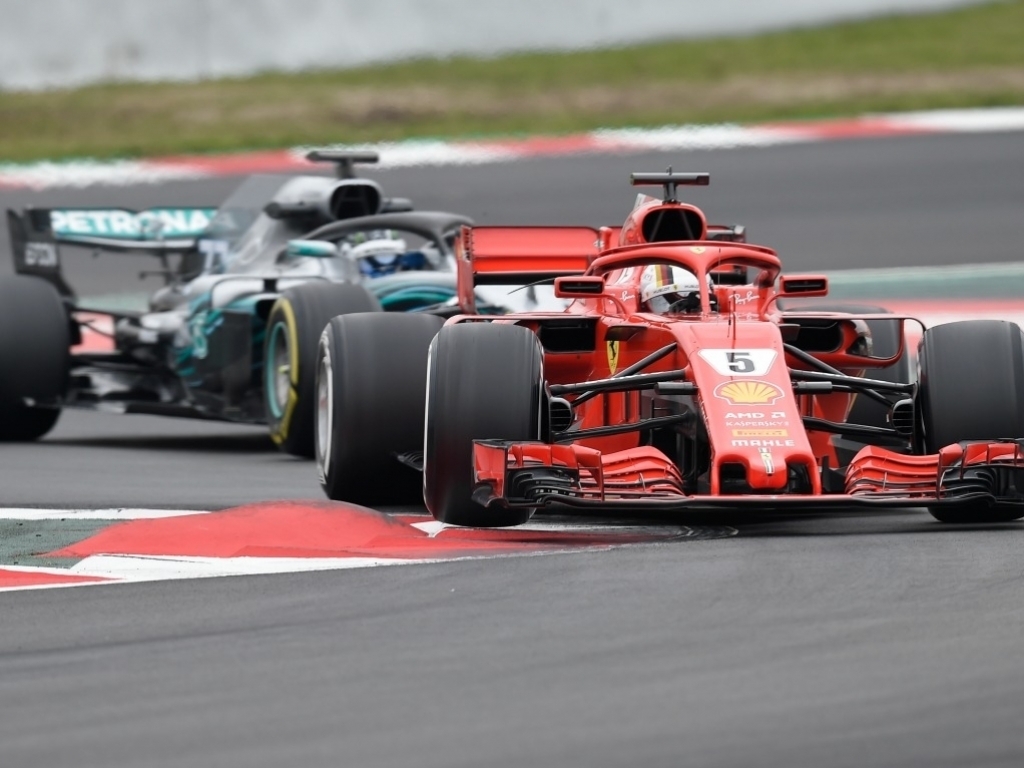 Sebastian Vettel edged Valtteri Bottas by three-tenths to top the timesheet on a chilly Day Two at the Circuit de Catalunya.

The Ferrari driver showed pace throughout Tuesday’s running as he hit the front early in the afternoon on the medium tyres only to bring out the red flags moments later.

Vettel got it very wrong at Turn 2, spinning his SF71H before continuing on his way.

His off kicked up a fair amount of gravel onto the circuit meaning the marshals and their brooms came out to play.

The Finn, who led the morning’s session, was expected to hand the W09 over to team-mate Lewis Hamilton midway through the day but Mercedes opted to instead give him a entire day in the car in order to take advantage of the afternoon’s improving conditions.

NEWS: @ValtteriBottas will continue to drive for the remainder of Day 2. This is to maximise our mileage after the poor track conditions limited running this morning. #DrivenByEachOther @F1 pic.twitter.com/Mj7Ed1H04O

The team added: “Mileage is king in testing, so we want to make the most of the current conditions. A driver swap would require switching out seat, pedals, even stickers when we could be out on track!”

Bottas’ best was a 1:19.976 on the medium tyres with the Mercedes driver covering 94 laps on the day.

After a loose wheel nut cost Fernando Alonso track time on Monday, a broken exhaust clip kept Vandoorne in the garage for much of the afternoon.

While reports suggested a huge set-up change was on the cards for McLaren, Auto Motor und Sport’s Tobi Gruner reported that “an exhaust clip broke causing overheating damage in the rear” of the car.

Vandoorne still finished third fastest with a 1:20.325, however, his time was set on Pirelli’s new hypersoft tyres.

The drivers all lost a bit of on-track time as snow began to fall at the Circuit de Catalunya with just under 90 minutes of play remaining.

Although several drivers attempted runs, they were all soon back in the pits.

Max Verstappen, who missed a large part of the morning’s running when his RB14 sprung a leak, was fourth ahead of Carlos Sainz and Pierre Gasly.

Robert Kubica, replacing Sergey Sirotkin the afternoon’s session, was seventh with a 1:21.495 while the Russian driver was 0.327s down. Both ran the soft tyres.

While Leclerc was responsible for the day’s first red, spinning at Turn 4, Magnussen had a close encounter of his own but somehow managed to keep the Haas off the wall.

Just how slippery was it on Tuesday morning in Barcelona?