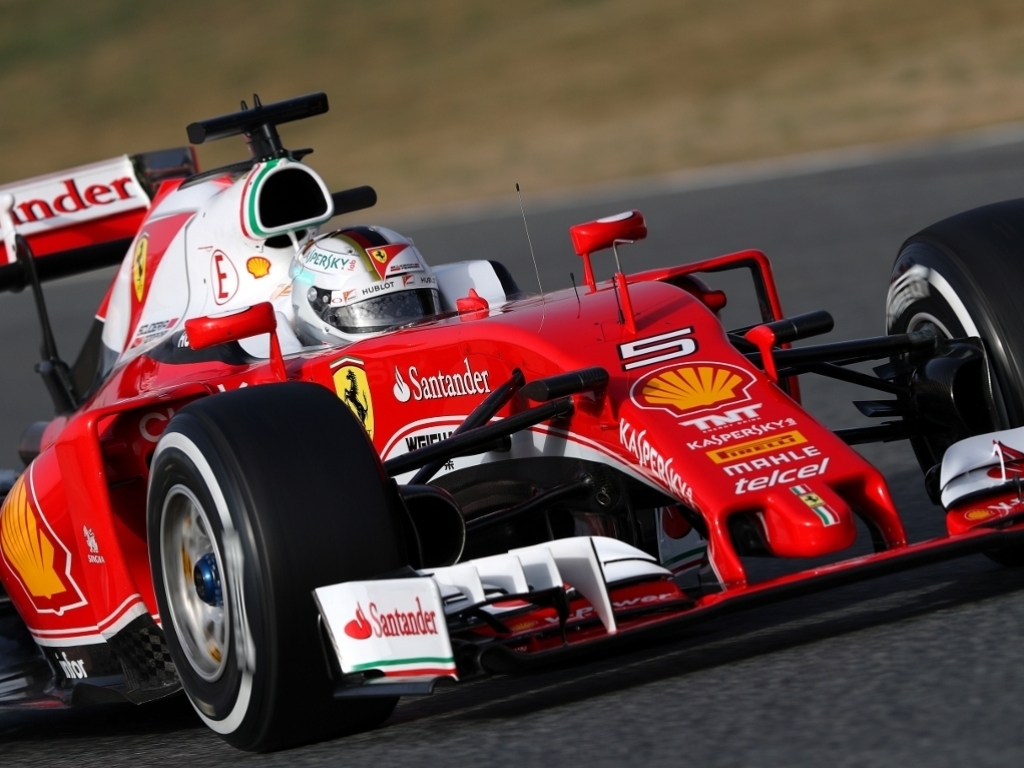 Following on from Monday’s P1 at the Circuit de Catalunya, the Ferrari driver was again hovering near the front of the timesheets as he battled Daniel Ricciardo and Nico Rosberg for the fastest time on Tuesday morning.

Ricciardo swapping to the ultra-softs prior to lunch seemed to have decided the battle as he posted a 1:23.525 – faster than last year’s pole position at the Spanish track.

Rosberg, who picked up where Lewis Hamilton left off on Monday as he piled on the laps to bring his tally to 81, was third quickest. His best time, a 1:24.867, was set on the medium tyres as Mercedes trailed new parts including a radical bargeboard design.

Sergio Perez on his first day in the VJM09 was fourth ahead of Marcus Ericsson, who used the soft tyres on his C34 to edge the Williams of Valtteri Bottas. The Finn spent his morning only using the medium tyres and finished with a 1:25.872.

Pascal Wehrlein was seventh for Manor, a great showing for the team, as he put the soft tyres to good use to beat Jolyon Palmer and Esteban Gutierrez. The latter only joined the track action after the first hour as Haas sought to resolve the front wing issue that Romain Grosjean experienced on Monday. Gutierrez covered 35 laps.

Fernando Alonso, who concentrated on aerodynamic evaluations and amassed 71 laps, was P10 ahead of Max Verstappen. The Toro Rosso driver brought out the morning’s only red flag when he stopped by Turn 13. He was slowest of all with a 1:27.346.