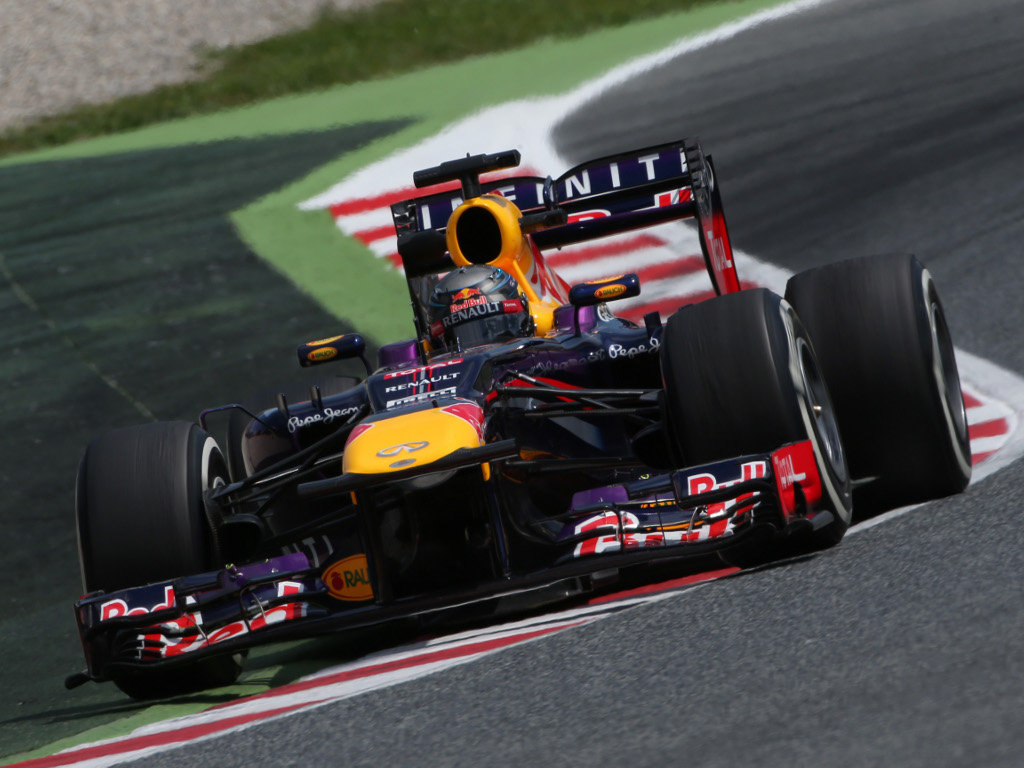 The German in his Red Bull was unable to keep pace with the two Mercedes driven by pole sitter Nico Rosberg and Lewis Hamilton.

He said: “I am quite happy to be honest. Yesterday and this morning I was really happy, and I think we improved the car so I think we are in good shape.”

Only once has a driver who failed to qualifying on the front row won the race.

Vettel added: “We took a different approach to the majority of people, using option tyres only. Whether that helps us tomorrow we have to wait and see.

“It will be a long race, it will be about tyre degradation. Now, with the conditions helping a little, it is a tough challenge, the tyres don’t last as long as we would like.”

Although Mercedes drivers Rosberg and Hamilton voiced pessimism about their race chances, Vettel said he did not believe the ‘Silver Arrows’ will be easy to beat or that Lotus and Ferrari are out of contention.

“Mercedes are in front of us right now, and to be honest they had some long runs and didn’t look too bad,” said Vettel.

“On the long runs yesterday both Ferrari and Lotus were pretty competitive, so we can expect them to be very strong in the race as well. It is going to be tough.”