Home Uncategorized Vettel ready to go ‘all out’ after landmark pole 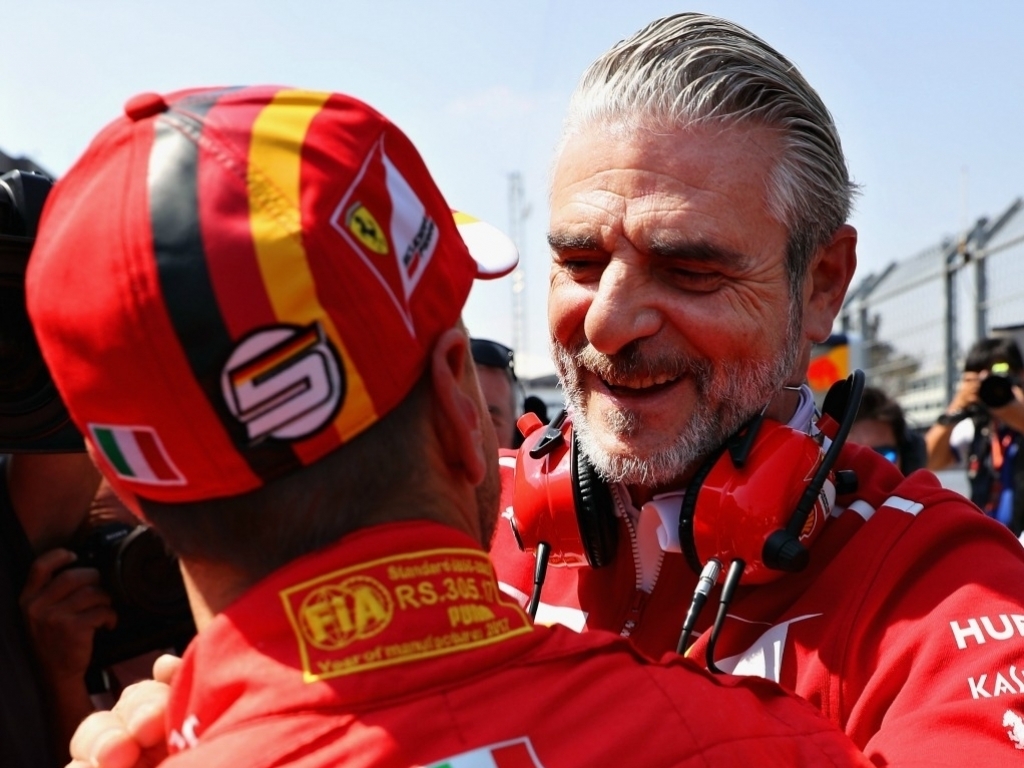 Sebastian Vettel has vowed to go "all out" in the Mexico Grand Prix after he edged out Max Verstappen in qualifying to record a 50th pole position of his career.

Vettel pipped Verstappen to pole by shaving 0.083 seconds off the Dutchman's best with his final attack in Q3, ending a run of three straight pole positions for Lewis Hamilton who had to settle for P3.

"It was quite a lap I have to say. I'm really really happy," Vettel told Damon Hill out on the track.

"I had a little bit in the first sector and got that right, I had a bit of a moment in Turn Six but didn't lose any time. I knew if I kept it clean it would be enough and it was. I'm really happy."

Vettel then revealed that a number of changes were made on his car from the first two practice sessions and was delighted to see them pay off.

He added: "Yesterday wasn't that good for us but we improved overnight. All the changes worked. Tomorrow we will see but the race pace should be really good."

On his slim title chances, he said:"We have to maximise every session.

"[The championship] is not as much in my control as I'd have liked it to be. It depends on Lewis. For us, we go all out. We deserve a good result so let's see what we can do tomorrow."