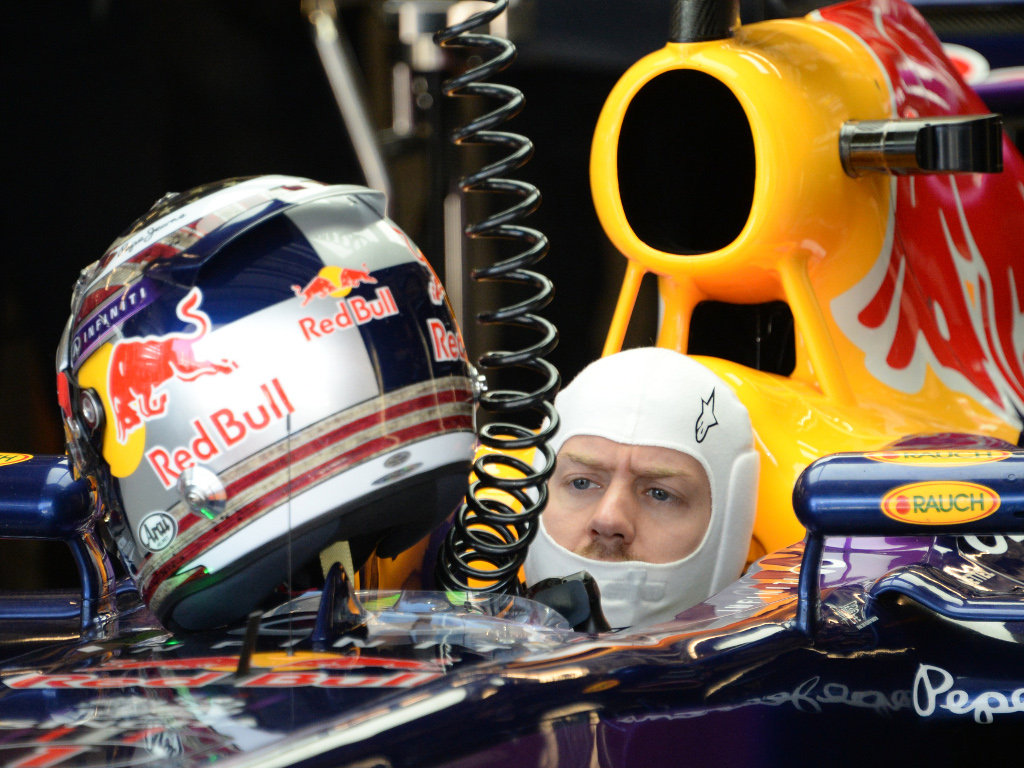 Sebastian Vettel is refusing to bank on a first United States GP win, adamant that Red Bull’s rivals are not out of it…

Sebastian Vettel is refusing to bank on a first United States GP win adamant that Red Bull’s rivals are not out of it.

After a sluggish start to the day in which he was just 18th in a shortened first practice, Vettel came to the fore during the afternoon’s session.

Setting the pace on the hard tyres, Vettel then set the pace on a short run on the medium tyres before also proving to be the one to beat over a long distance.

However, Vettel insists what would be a record-breaking eighth race win on the trot is not yet his.

“The circuit was quite slippery today; I was happy with the car, but you always know you can improve here and there,” he said.

“I think we got through the programme we were able to test some things, some were good and some not so good, but we will see.

“Ferrari looked quick this morning and McLaren could be a surprise here, and Lotus and Mercedes will be strong as normal.”

The 26-year-old, who lost to Lewis Hamilton in last year’s US GP, is expecting the track conditions to improve as the weekend progresses, which could also alter the picture.

“The track will improve now unless it rains, the car worked well on the tyres, so we’ll see what we can do on Sunday,” he said.