Home Uncategorized Vettel refusing to get carried away 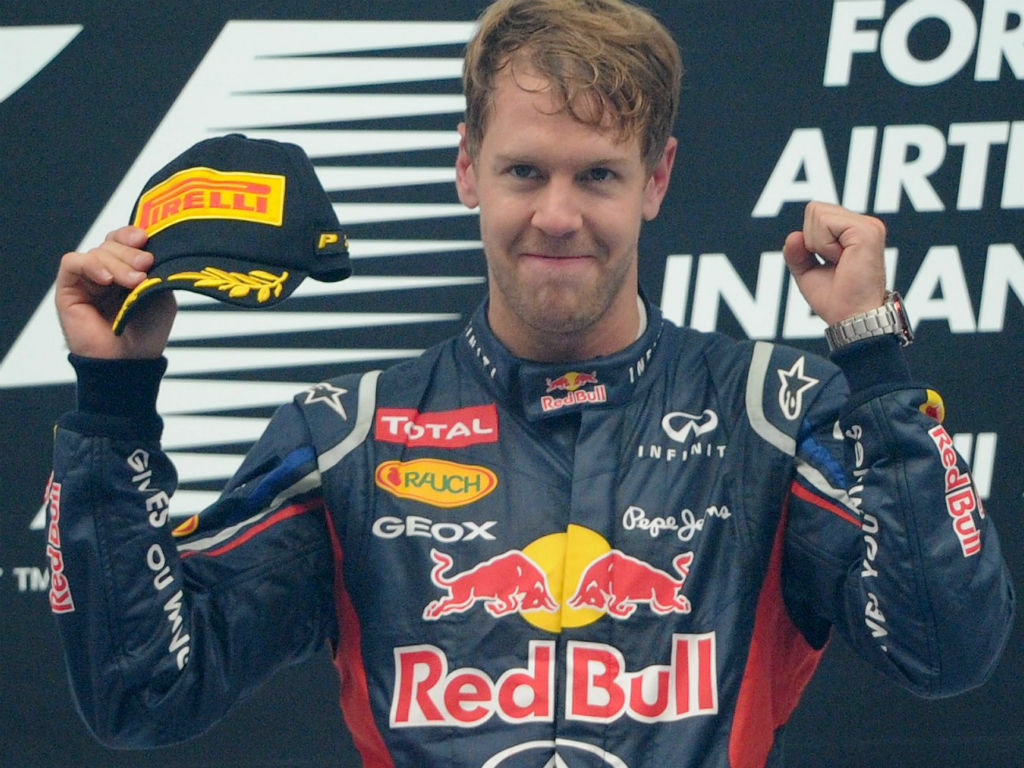 Sebastian Vettel has downplayed suggestions he now has one hand on the title in the wake of his Indian success, saying so too does Fernando Alonso…

Sebastian Vettel has downplayed suggestions he now has one hand on the title in the wake of his Indian success, saying so too does Fernando Alonso.

As the 2012 season draws to a close, Vettel has not only come to the fore but has surpassed his rivals both on the track and in the standings.

The Red Bull racer claimed a fourth successive victory in India on Sunday, beating Alonso to extend his lead in the Championship to 13 points over the Spaniard with just three races remaining.

Vettel, though, is refusing to get carried away.

Asked if he now has one hand on the title, the 25-year-old said: “Well, the other hand is Fernando’s and there are others as well.

“It was another good step for us but there’s a long way to go.

“We’ve seen this year how quickly things can change. It’s so fantastic to be up here and when everything works the way you want it to.

“I’m very, very proud, but that was today and now we’re focusing on Abu Dhabi. There’s a lot more to come and we need to take things step by step.”

And the first step was winning in India, which the German did in emphatic style.

Claiming pole position, Vettel led every one of the 60 laps on his way to the victory and was only beaten to the fastest lap time on the very last lap by Jenson Button.

Pressed as to whether he had a special relationship with the Buddh International circuit – or a hand in designing it – Vettel said: “It has been incredible, two years for us here with pole and then the win.

“I’m very, very happy to pick up another nice trophy. It’s a very special grand prix, I like the flow of the circuit. I must say a big thanks to the team, every single member.

“We’re pushing very hard, it’s not one thing that stands out and makes the difference. All of us are working hand in hand, whether it be here at the track or back at the factory in Milton Keynes.”