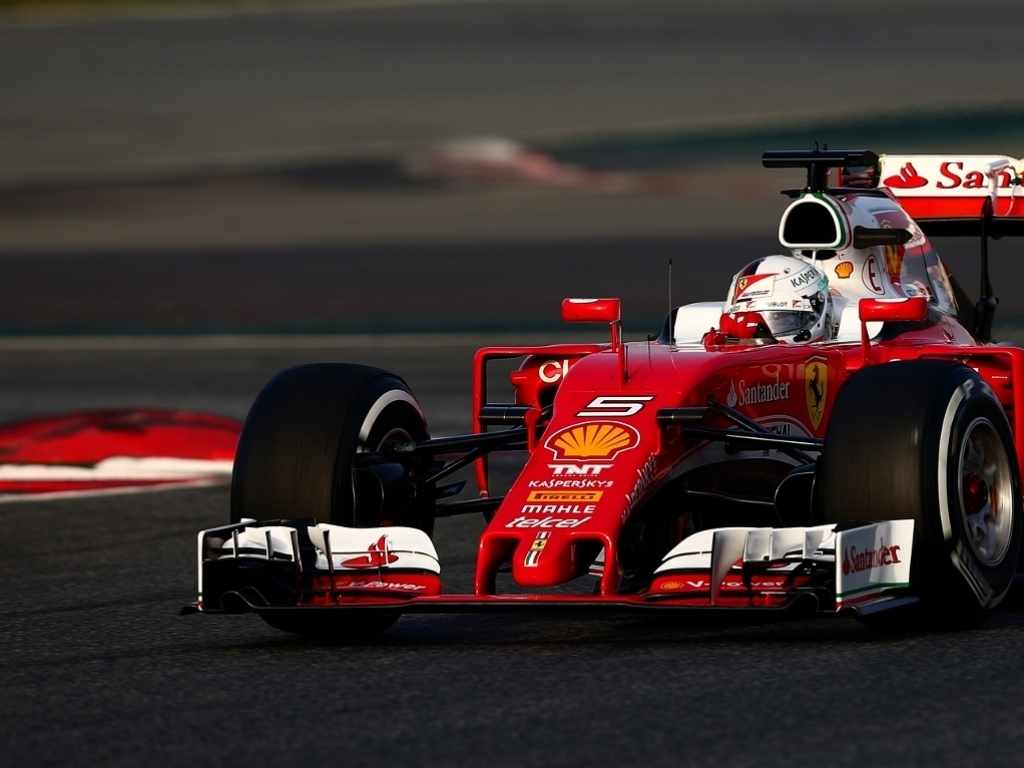 Sebastian Vettel claimed back-to-back P1s in Spain as the Ferrari driver’s 1:22.810 on the ultra-soft tyres meant he was seven-tenths up on his closest competition.

The tyres proved to be the quickest option around the 4.7km circuit with Vettel posting a 1:22.810. That was almost two seconds quicker than last year’s pole position for the Spanish Grand Prix.

As such Vettel finished with the P1, his second in two days, but his day was not without problems as he brought out a late red flag. He stopped out on track at Turn 3.

Daniel Ricciardo was second for Red Bull with the Aussie the only other driver to trial the ultra-softs and crossed the line with a best time of 1:23.525.

Sergio Perez worked his way up to third place on the super-soft tyres and finished with a 1:23.650 to get within a second of Vettel’s P1 time.

But while his rivals were trying different tyres Nico Rosberg spent his day on Pirelli’s medium tyres.

The Mercedes driver picked up where team-mate Lewis Hamilton left off as he put in a lap after lap after lap. Testing new parts including a radical bargeboard design, Rosberg amassed 174 laps with a best time of 1:24.867.

Marcus Ericsson was next in line ahead of Esteban Gutierrez. The Haas driver missed the first hour of testing but once out on track began to rack up the laps including runs of 10 or more consecutive laps. His tally at the end of Day Two was 79 laps and a late improvement had him taking P6 off Valtteri Bottas by a tenth of a second.

It was also a good day for Pascal Wehrlein and Manor. Not only did he cover 71 laps – a full race distance – but he was eighth quickest on the soft tyres with a 1:25.925 which put him ahead of the McLaren of Fernando Alonso. The Spaniard managed 119 laps on Tuesday.

Jolyon Palmer was 10th quickest on a disappointing day for Renault. He managed just 42 laps before his RS16 broke down – reports claim it was a turbo issue – resulting in an early end to his day.

Max Verstappen completed the timesheets in 11th place. He was another to bring out the red flags as his STR11 stopped out on track in the morning session. He still managed to bring his lap count up to 121.