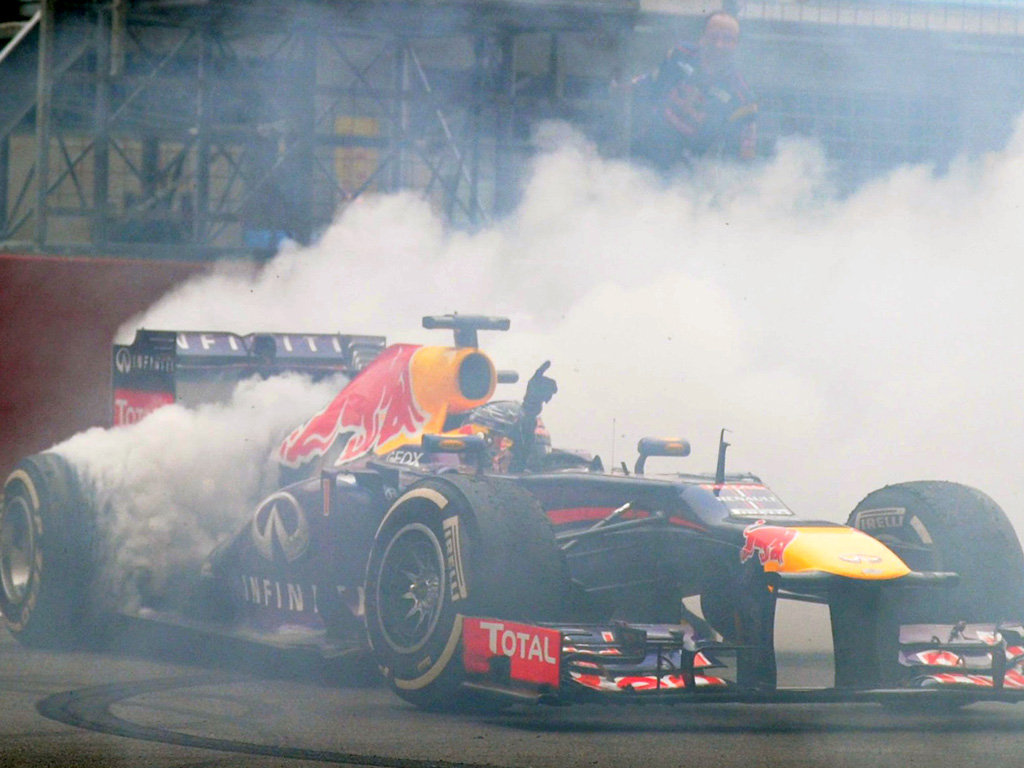 Sebastian Vettel has been reprimanded by the stewards for performing donuts after winning the Indian GP and his fourth World title.

Claiming the victory on Sunday, Vettel joined the list of Formula One greats as he became only the fourth driver to win four Championship titles.

Celebrating his success, the Red Bull racer performed a few donuts in front of the main grandstand much to the delight of the crowd.

However, his actions have landed him in the stewards office where team boss Christian Horner said he hoped his driver gets nothing more than a talking to.

“I would think he will probably get his knuckles rapped for it,” Horner told Autosport.

“I would be disappointed if he did [get punished] because to win a World Championship and to show a bit of exuberance in front of a crowd like that, it is great for Formula 1.

“It is great for the show – and it will be a great pity to see that kind of thing subdued or penalised. But hopefully that won’t happen.”

The German, though, was ultimately handed a reprimand while Red Bull were fined 25,000 euros.

“The driver failed to proceed directly to the post race parc ferme as detailed under article 43.3 of the FIA Formula One Sporting Regulations,” said a statement from the stewards.

“Due to the special circumstances the Stewards accepted the explanation of the driver.

“The team failed to instruct the driver sufficiently to return directly to post race parc ferme.”