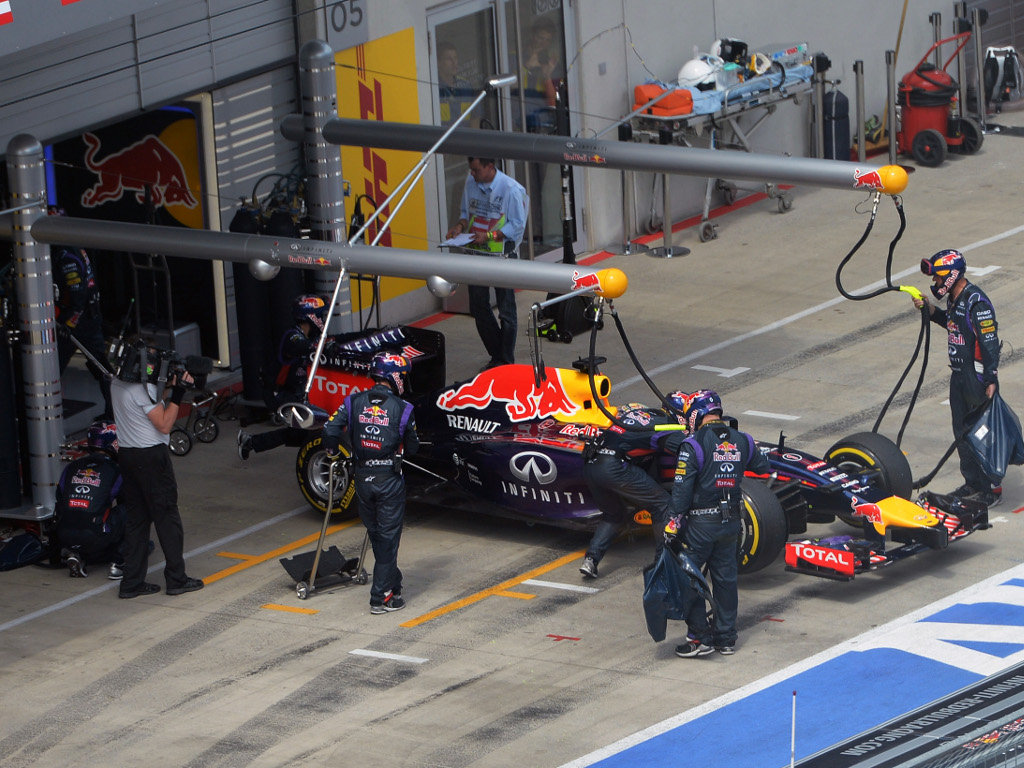 Sebastian Vettel has revealed Red Bull decided to retire his car in Austria to “save some mileage” after a dismal start to the race.

Vettel started 12th on the grid but was soon at the back of the field as his RB10 “lost drive” on lap 2.

Back in the action, the Red Bull racer was later involved in an incident with Esteban Gutierrez that forced him to pit for a new front wing.

Shortly after, Red Bull decide it would be best to save the engine and all the other components for another day.

“We stopped because we wanted to save some mileage,” Vettel told the BBC.

“We were hoping to get a Safety Car but it didn’t happen and there is no point continuing when you are a lap behind.”