Home Uncategorized Vettel reveals that name of his 2018 Ferrari… 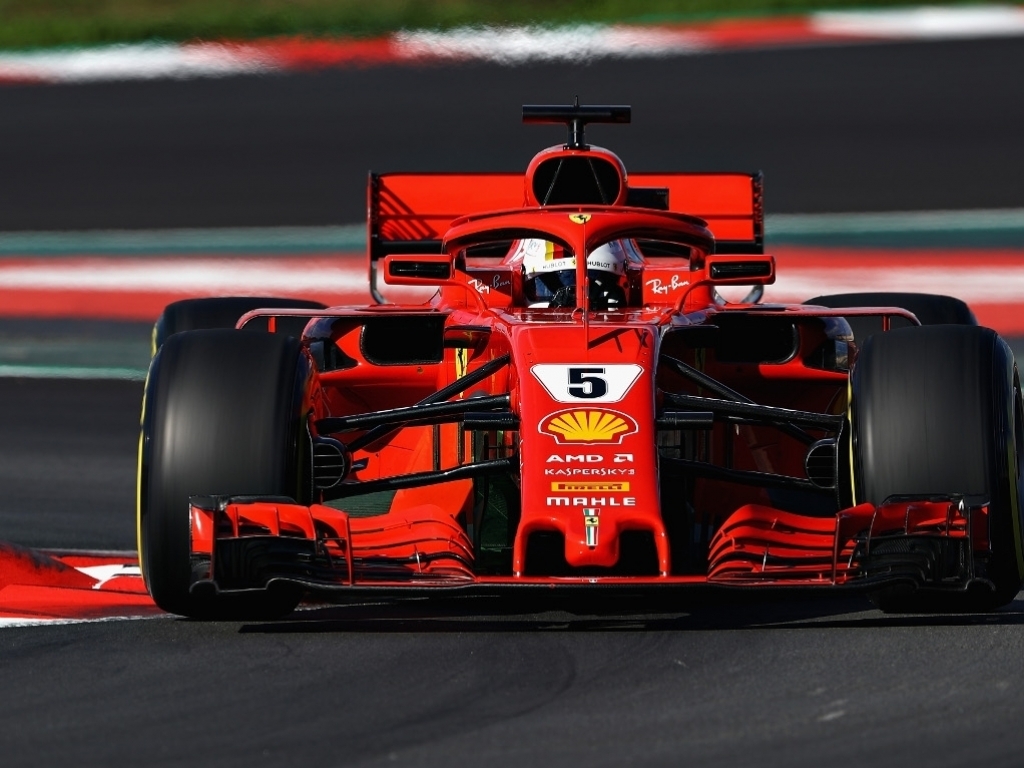 ‘Loria’, that is the name of Sebastian Vettel’s 2018 Ferrari as the German continues his tradition of naming his Formula 1 cars.

It began back in 2008 when he won the Italian Grand Prix in a Toro Rosso car called ‘Julie’.

Since then there has been ‘Kate’ and ‘Kate’s Dirty Sister’, followed by ‘Luscious Liz’, ‘Randy Mandy’, ‘Kinky Kylie’, ‘Abbey’, ‘Hungry Heidi’ and ‘Suzie’.

His first Ferrari F1 car was ‘Eva’ and then ‘Margherita’ while last year he missed out on the title in ‘Gina’.

This year he’s hoping ‘Loria’ can finish the job.

“I don’t know, maybe this year if we do really well then at least in Italy there will be some girls named Gloria as well, so that would be nice!

“We sit together every year and try to come up with something funny and there’s a bit of a reason behind it. Let’s see.

“It’s just the beginning of the story, maybe we will add a letter here or there at the end of the year…”