Home Uncategorized Vettel: Ricciardo had the answer at all times 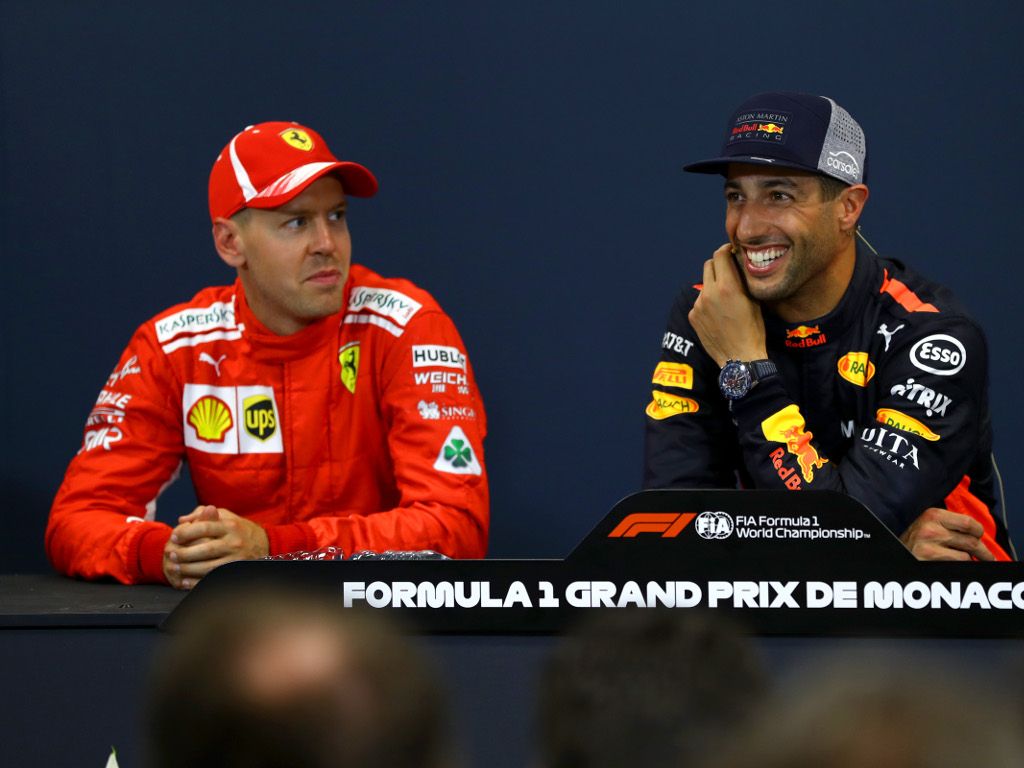 Despite Daniel Ricciardo’s power issues in Monaco, Sebastian Vettel concedes his former team-mate still had “the answer” throughout the 78-lap race.

Vettel started the Monte Carlo street race second on the grid but was unable to challenge pole sitter Ricciardo for the lead.

It looked at one stage as if the Ferrari driver would be handed the win as Ricciardo reported that he was losing power.

But despite being down on the straights, he was still able to keep Vettel at bay as the German struggled with his tyres.

Vettel said: “I think we had the pace but it was a tricky race. Daniel had the answer at all times.

“First stint I could follow him fairly easily and then he started to push as Lewis pitted.

“I was going through the tyres fairly quickly.

“He had a problem but at the end he picked up again and then on the restart I didn’t have confidence in the tyres so I lost quite a lot.

“It would have been nice to keep the pressure on to the end.”