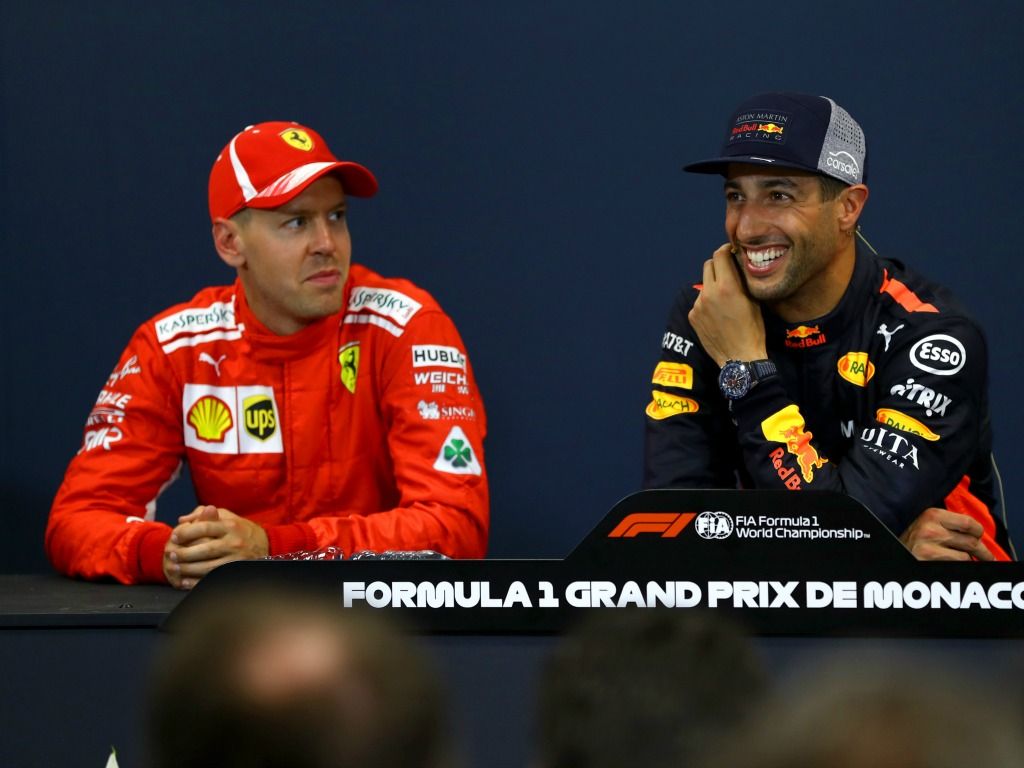 Sebastian Vettel has said he did not a pose a “threat” to pole-sitter Daniel Ricciardo, who was the “best man on the day”.

Vettel could only narrow the gap to Ricciardo to a couple of tenths in Q3, but did manage to dislodge Lewis Hamilton and join his former team-mate on the front row for Sunday’s race.

But the German offered a very honest assessment of qualifying overall, saying that he was as close as he could get to Ricciardo.

“There’s always a feeling that there’s a little bit [to come] but I don’t think there was a threat to Daniel’s time today,” said Vettel.

“Well done to Daniel, he owned the qualifying session.

“We were playing around with the set-up trying to squeeze everything out because we knew we had to if we wanted to have a front row or pole.

“We put ourselves in a good position but it was expected that Red Bull would be quick here.

He also spoke about Red Bull’s strengths, as well as the current situation at Ferrari as the season develops.

He added: “They have a strong car, they have more downforce than everybody else. At this track we knew they would be strong.

“Other tracks, I think we have to look at ourselves. At Barcelona we know we weren’t were we want to be. Canada we think will be different again.

“But the thing is for us that we have potential in the car.

“For today no doubt that it was the best man on the day, he deserves the pole no matter whether his package was maybe a little bit better. That’s what it’s about.”