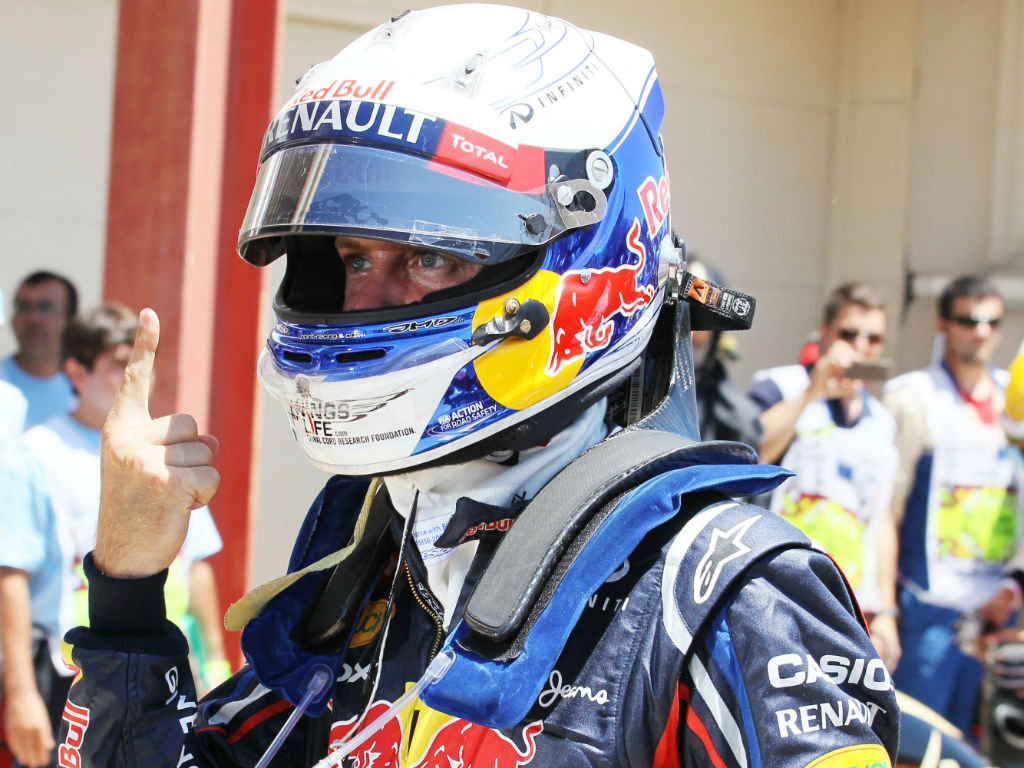 Sebastian Vettel may be starting the European GP from pole, however, the Red Bull racer does not expect to have it all his own way come Sunday….

Sebastian Vettel may be starting the European GP from pole, however, the Red Bull racer does not expect to have it all his own way come Sunday.

For the third successive season, the German claimed the coveted grid slot around the streets of Valencia, clocking a 1:38.086, which put him three-tenths up on his nearest rival.

But despite that comfortable margin, Vettel reckons it is going to be close on Sunday with several teams looking good on race-pace.

“It will be a difficult race and difficult to predict,” said the 24-year-old, who is also bidding for his third successive European GP victory.

“We have seen too much this year to sit here on Saturday afternoon and predict what is going to happen. It is easier to predict football than the ranking for the race!

“It will be hotter tomorrow and there will be a lot of cars to look out for. Ferrari is very competitive, Williams is quick, Lotus proved (its speed) in Bahrain.

“This year, grid position is obviously important, but perhaps not as important.”

Speaking about his qualifying performance, which his team boss Christian Horner has hailed as one of Vettel’s best ever, the World Champ said: “We had one shot there at the end which turned out to be a very good lap.

“Q1 and Q2 were not to our liking. We were struggling to find the balance we did have in practice. It was a good recovery.

“We had to put a second set of options in Q2. It was the right call because I don’t think my first lap was good enough.”

He added: “I knew going at the end [of the session], if the track comes in a little more, it should be good enough to have a look at pole. In the end it was a surprising gap.

“The boys have been working hard in the garage and at the factory to bring new parts. They seem to work. I’m looking forward to race tomorrow.”