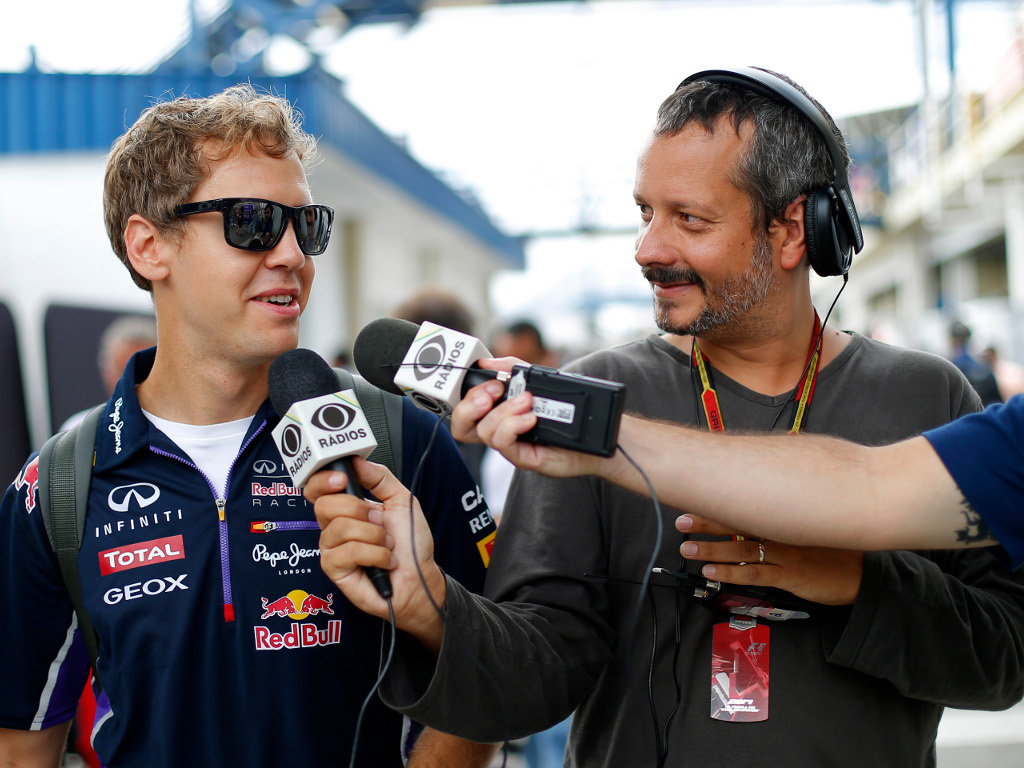 Seb Vettel knows a thing or two about winning the title from an impossible situation, and he believes Nico Rosberg can achieve something similar…

Sebastian Vettel knows a thing or two about winning the title from an impossible situation, and he believes Nico Rosberg can achieve something similar.

Rosberg heads into this weekend’s season finale in Abu Dhabi having to overcome a 17-point deficit to Mercedes team-mate Lewis Hamilton to win the 2014 Championship.

If Hamilton wins the race or finishes second behind Rosberg then he will be crowned World Champion, but the permutations get quite tricky if he doesn’t finish in the first two positions.

Rosberg, though, knows he needs at least one driver to finish between himself and Hamilton to stand a chance of winning the title.

Of course Vettel has experience of coming from behind to win the title as he found himself 15 points adrift of Ferrari’s Fernando Alonso and seven points behind his Red Bull team-mate Mark Webber ahead of the 2010 season finale.

He won the final race in Abu Dhabi and, with Alonso finishing eighth and Webber ninth, secured his maiden F1 title in the process.

“That was a similarly difficult situation, same as Nico finds himself in,” he told Germany’s Auto Bild. “I knew that my only chance was to win the race so I just tried to concentrate fully on it. I didn’t want any updates on the provisional results in the Championship standings.

“And fortunately the others failed to bring home the necessary points. I was quite surprised, because the odds were heavily stacked in favour of Mark finishing third and Fernando fifth.”

Although Hamilton has won 10 races compared to Rosberg’s five, Vettel feels they both would be worthy World Champions.

“Both deserve the title,” the four-time World Champion said. “Lewis has won more races than Nico, but Nico drove very consistent and clever. Both are different types of drivers, but both have done a very good job this year.”

Related link
Who Needs What To Win