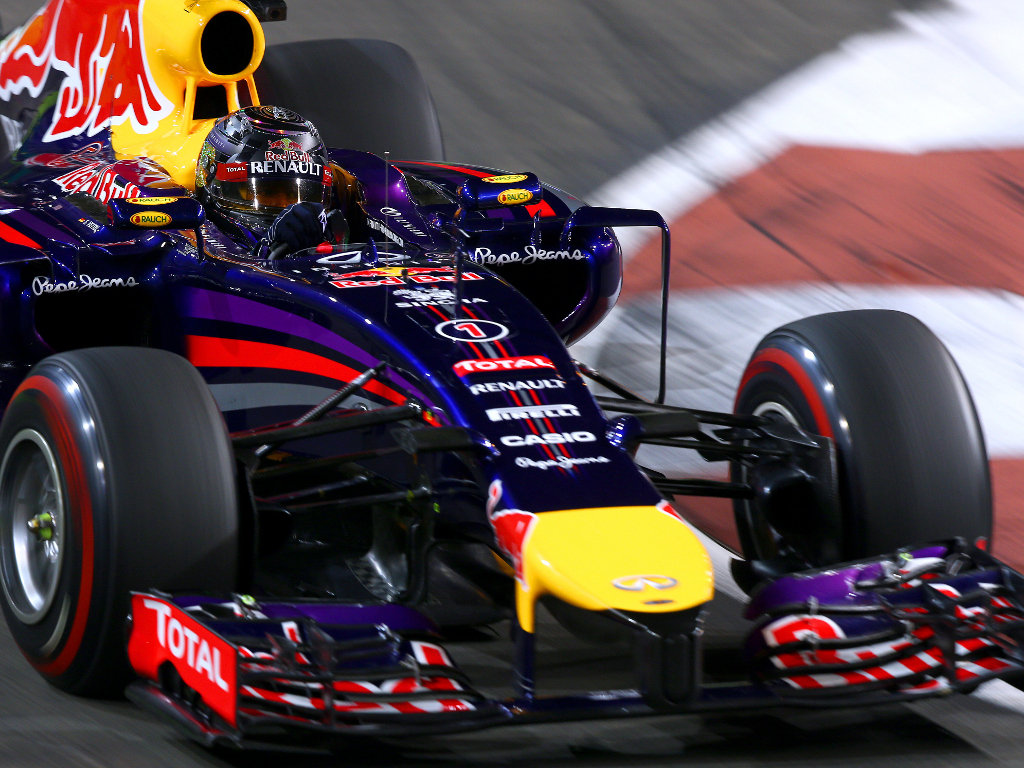 Sebastian Vettel admits Red Bull got away with it in Singapore as their tyres were “borderline” at the end due to the timing of the Safety.

The four-time World Champion finished second behind Lewis Hamilton at the Marina Bay Street Circuit with the other Red Bull of Daniel Ricciardo claiming the final podium ahead of Ferrari’s Fernando Alonso.

Both Vettel and Ricciardo’s tyres were shot by the end though as they both pitted just before the deployment of the Safety Car, but they still managed to hold off Alonso.

“I had a good start, got past Daniel, then had a decent race, but the Safety Car came at the worst point for us with tyres borderline,” Vettel said.

“Tried to stay out on the last set of tyres to make it work. There was pressure from Daniel but we made it.”

He added: “It’s a tough one, it’s two hours. Again we went the full length of two hours.

“It is quite hot, the cars are sliding a lot so we have to focus quite hard.

“It’s definitely a race that we enjoy as drivers so standing up here with the champagne is quite nice.”