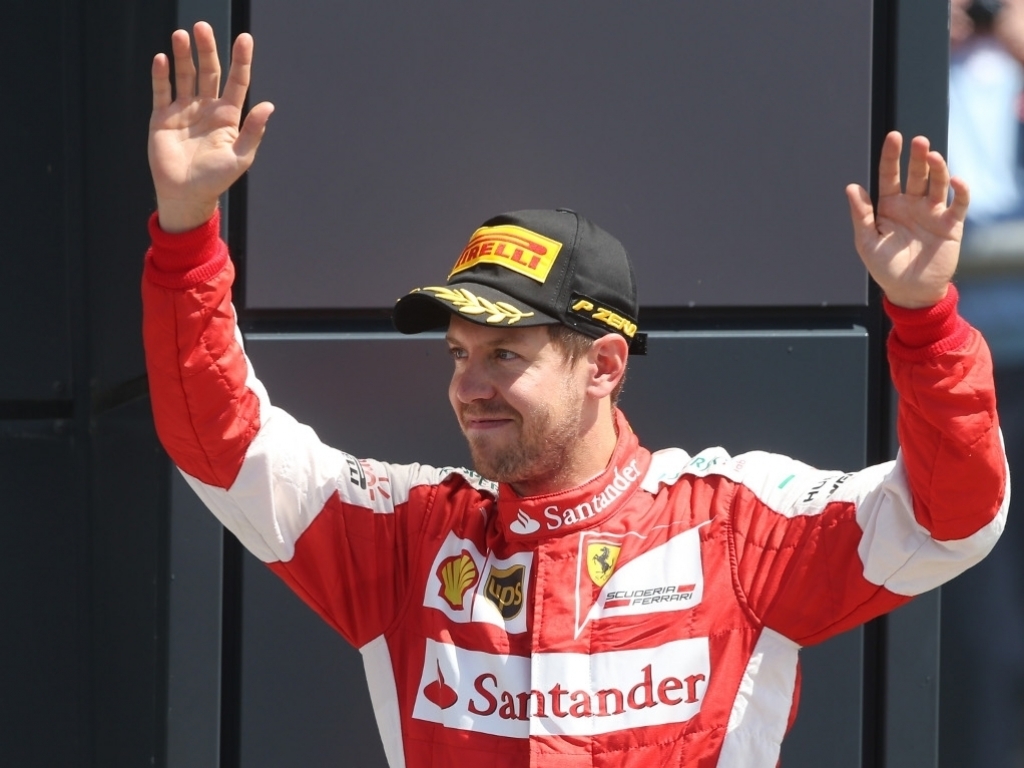 Sebastian Vettel is adamant his podium result in Britain was "not a gift" but rather the result of a good call by Ferrari.

Although the four-time World Champion spent much of Sunday's 52-lap trailing the Mercedes and Williams drivers, he beat the latter to join Lewis Hamilton and Nico Rosberg on the podium.

Deciding not to pit for the first rain shower, Vettel came in on lap 44, just as a second hit the Silverstone circuit.

That stop proved to be decisive as it allowed him to leapfrog both Williams drivers and claim his sixth top-three result for this season.

"It's not a gift, Santa did not wave me into the pits," was his response when it was suggested his P3 as a 'Christmas present.'

"It was our decision, and obviously not a lot of people got it right – we did, that was our choice and that's what we achieved."

The German, though, did admit that Ferrari were not where they expected to be this weekend.

Outdone by Williams on Saturday and again in the dry on Sunday, Vettel says they went in the wrong direction but denied it was anything as serious as taking a step back.

"It was not a very good weekend for us, we expected to be stronger.

"I think the Williams pace surprised us on Saturday in qualifying and also on Sunday.

"I don't think we did a step back, we just couldn't find the right direction this weekend.

"It's tight between us and Williams, and Red Bull were quick this weekend so I think they have done a step forward."