Home Uncategorized Vettel says his Ferrari’s handling was quite ‘violent’ 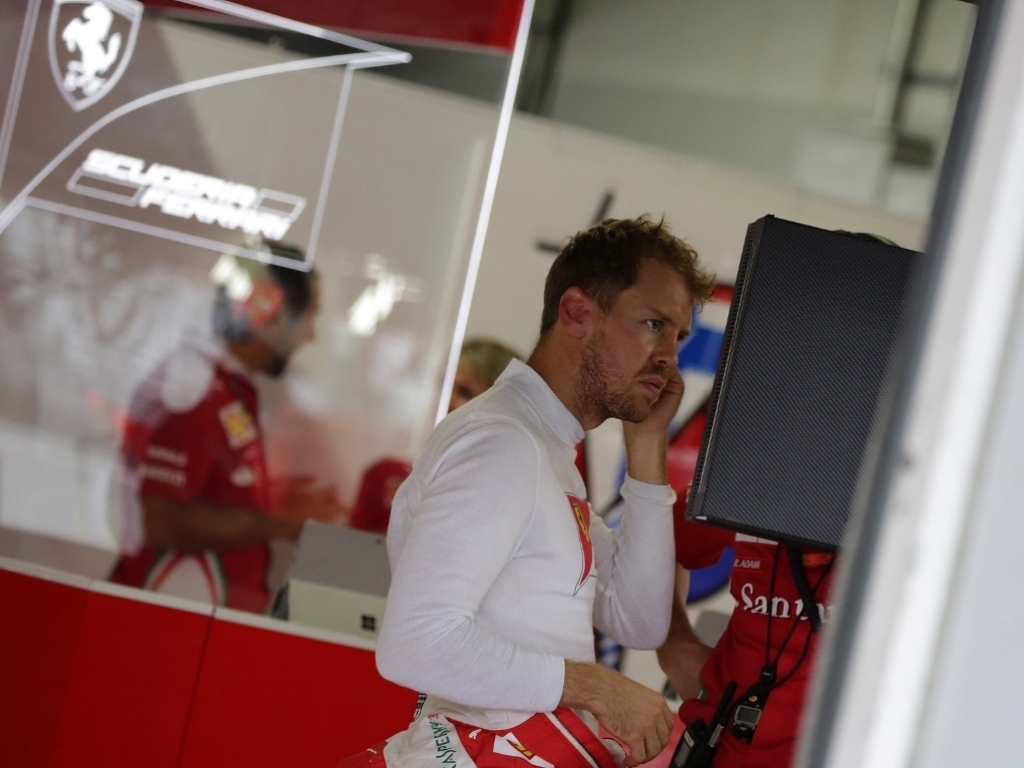 Disappointed not to be on the podium, Ferrari driver Sebastian Vettel also revealed that towards the end of the USA Grand Prix he was suffering with a violent handling issue.

The incident occurred to due to large build-up of rubber particles in the rear of the car, which in turn affected his handling anf reduced the downforce of the Ferrari.

Fortunately, though, the German was able to pit without any pressure from behind as the Scuderia corrected the problem and sent him on his way with a new set supersofts, with four laps remaining.

“It was quite violent,” explained the quadruple World Champion.

“It is quite surprising if you lose downforce very suddenly. It’s not like someone is knocking one or two seconds before, and tells you you’re about to lose the car, so I was quite lucky in that instance to be able to save it.

“It was quite a big snap.

“We were travelling at quite high speeds but I was able to save the car. I had a couple of moments in the race and after that, I slowed down a bit to take it easy as we didn’t have anywhere to go.

“We were 10 seconds behind Daniel [Ricciardo] and there was nothing going on behind.”