Home Uncategorized Vettel: Schumi is always in our thoughts 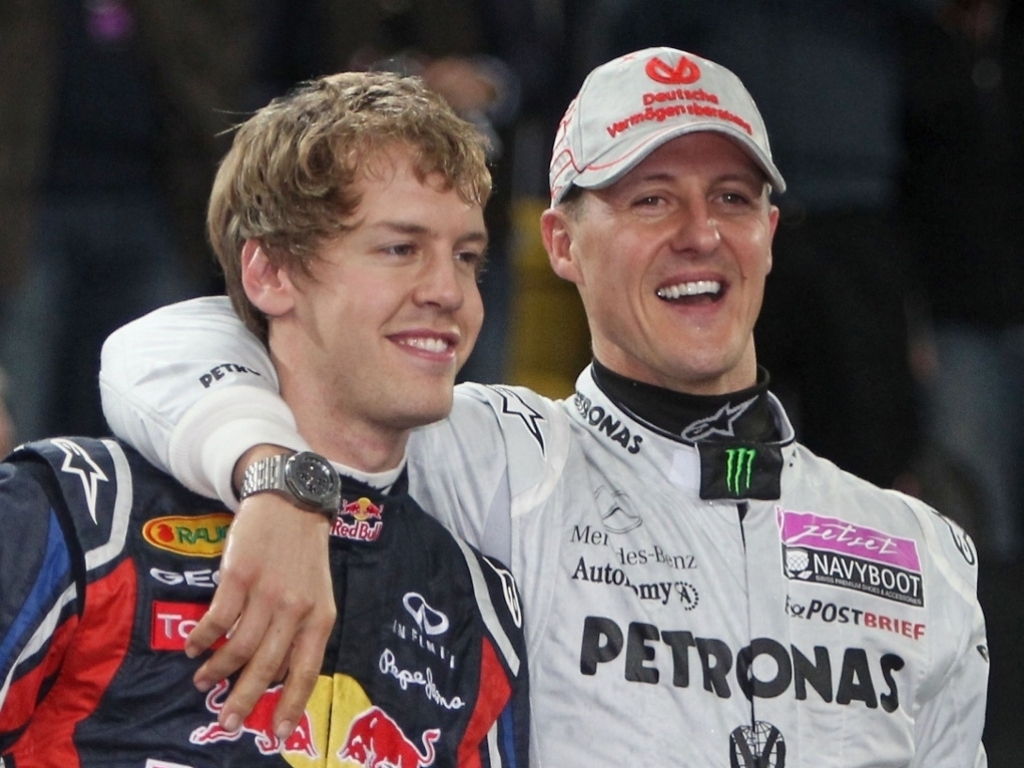 Sebastian Vettel has dedicated his win at the Race of Champions to compatriot Michael Schumacher, as the Formula 1 legend continues his recovery from a near-fatal skiing accident.

Schumacher suffered a traumatic brain injury when he fell while skiing in December 2013. The German was in a coma for six months and now continues his recovery at his Lake Geneva home. Due to the Schumacher family's request for privacy, little is known of the exact details of his current condition.

Vettel and Schumacher joined forces to win the Nations' Cup division of the Race of Champions for six consecutive years from 2007 to 2012, and speaking after claiming the Champion of Champions title for the first time, Vettel said that his mentor remains very much in his thoughts, and in those of the motorsport community.

"It is a shame that he cannot be here with us now – it's difficult for us all," Vettel told SID news agency.

"We know that he (Michael) keeps fighting, we know that he's not well, so we wish him all the best," the Ferrari driver added.

"It is generally a difficult issue, but clearly I think almost everyone here knows him personally.

"The bottom line is that he is a good friend, and a friend that we are missing here now."

Former Ferrari president Luca di Montezemolo recently expressed his despair with Schumacher's situation, but said he tries to focus on the good times shared with the seven-time World Champion.

“He is an extraordinary person, who even in the most difficult moments was an absolute player, to see him in this situation is terrible,” Di Montezemolo told RTL. “It’s a situation in which you don’t know what you should do, so I try to recall so many great moments in life that we celebrated together.”