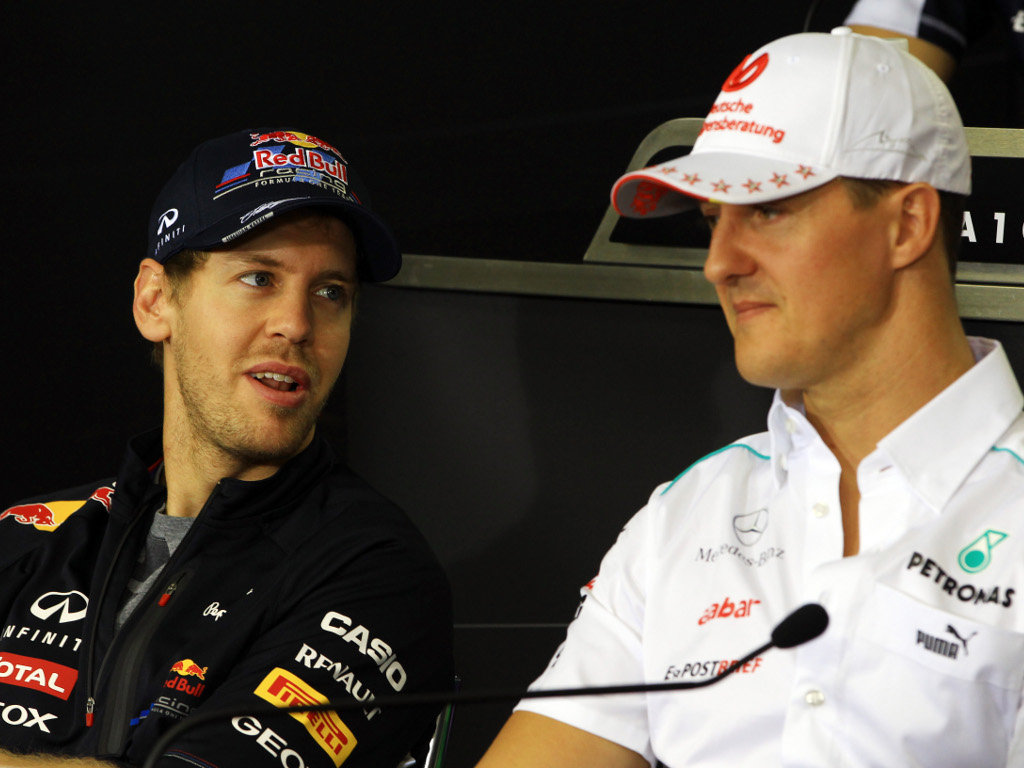 Sebastian Vettel has hailed his “special relationship” with Michael Schumacher, saying the seven-time Champ will always be an inspiration…

Sebastian Vettel has hailed his “special relationship” with Michael Schumacher, saying the seven-time Champion will always be an inspiration.

It will be an emotional weekend for the 43-year-old at the Brazilian Grand Prix as he will bid farewell to Formula One for a final time come Sunday.

While the German won seven titles during his first stint in F1, his second coming hasn’t been as impressive as he appeared on the podium just once in the past three years.

Vettel grew up idolising Schumacher and he admits he has a different relationship with Schumacher these days, but says his compatriot remains his hero.

“I obviously had the privilege to meet Michael when I was a small kid,” he said.

“He was my childhood hero, a true inspiration back then, and not just for me, but for many other kids.

“When I met him the first time I didn’t know what to say because I didn’t want to ask something stupid.

“Today it’s a little bit different because you are more grown up, you have a normal relationship, so when I talk to him now it doesn’t feel like I’m talking to my childhood hero.

“It feels like I’m talking to Michael. I see the person rather than what he has achieved.

“If I remind myself of that, and the fact I have been racing against him for the last couple of years, then the thoughts of me being a small kid are very, very far away.

“It’s a dream, but these last couple of years have been very special, the relationship we share is very special.

“So he will always be an inspiration for myself.”

Ferrari’s Fernando Alonso has also paid tribute to the German, saying it was a “privilege” to have competed against Schumacher.

“Michael will be record in history of Formula One, maybe for a very long time and we’ve been there, we’ve been in the grid close to him,” the Spaniard said.

“Some good fights and great respect on the circuit and always constantly learning with someone that changed a little bit this sport.”