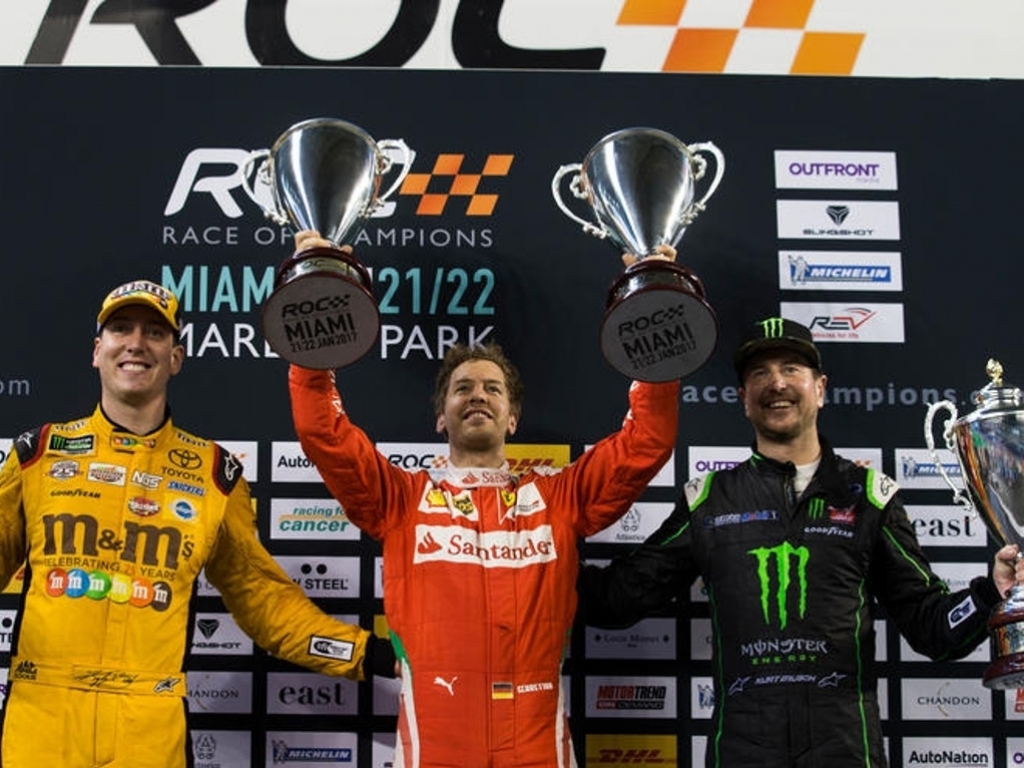 Sebastian Vettel drove Team Germany to victory at the ROC Nations Cup despite having to do all the racing himself after Pascal Wehrlein was sidelined.

Vettel was set to compete alongside the 2017 Sauber driver under the German flag at Miami’s Marlins Park.

However, a huge crash earlier in the weekend for Wehrlein, who was sidelined by doctors, meant Vettel was left to fly the flag alone.

Racing in a mix of cars around the new figure-of-eight style track, Vettel came through the day’s action unbeaten before facing Team USA’s pairing of Kurt and Kyle Busch in the final.

The NASCAR brothers were no match for Vettel, who finished the day with eight wins from eight races.

“The Race Of Champions is a great competition, but yesterday I went out very early,” Vettel said of his weekend, having lost out in the individual Race of Champions on Saturday.

“So I wanted to make sure I didn’t leave the States empty-handed.

“I started on the wrong foot but it helped me to take it a bit more seriously. Today I just wanted to get some more time on the track. I found the rhythm straightaway and it felt pretty good. Unlike yesterday, I got along with all the cars today.

But that’s the way it goes: sometimes you wake up and it works, sometimes it doesn’t. It obviously worked out well but of course it would have been nicer to share this victory with Pascal.”