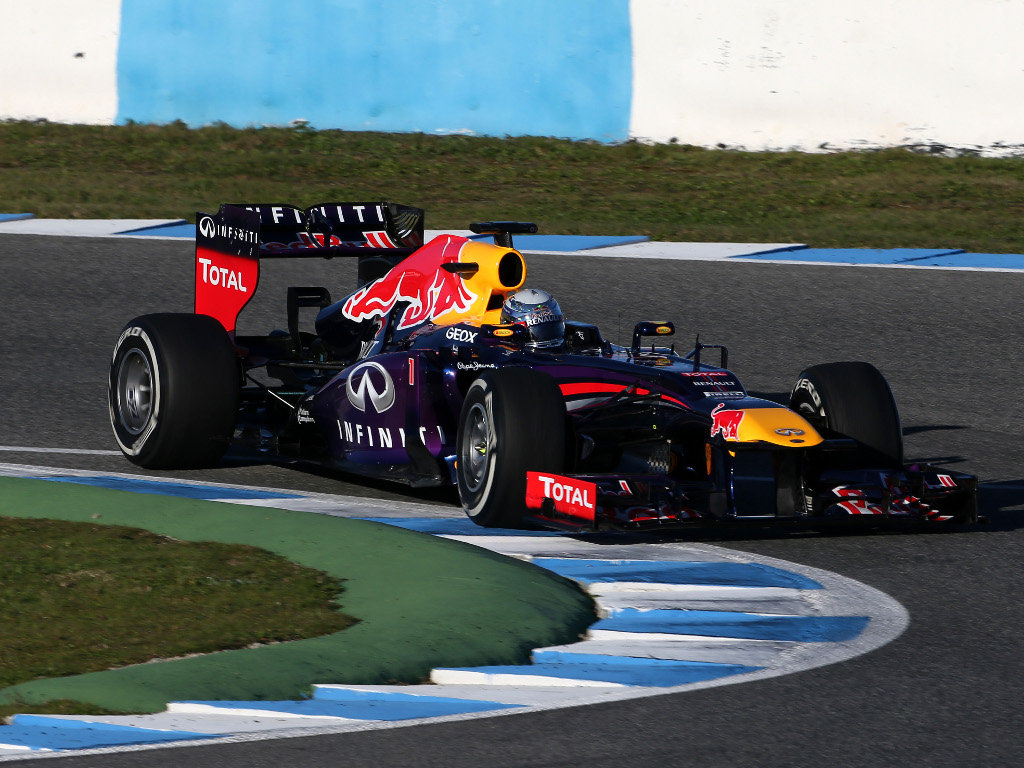 Sebastian Vettel says he has no complaints with his new Red Bull racer despite not topping the times on his first day of testing.

The reigning World Champion replaced team-mate Mark Webber for the final two days of testing at Jerez and was quickly into the action.

“Obviously it’s difficult to judge the speed, but it terms of reliability it was good and I feel pretty happy with the car so far.

“It’s always nice to be on top but if there’s one phase when it matters least, it’s now.

“It’s good for us now to do a lot of laps and to see whether the car’s working.

“It’s an evolution and I think we’ve done another step forward, but that’s all we can say now.”

Vettel, though, was quick to point out that results at the Jerez count for little as not only is it the first pre-season outing but the track surface is also very abrasive.

“It’s impossible to give a judgement right now because I think people were playing with the fuel loads.

“Plus it’s the first test and it’s Jerez, where the tyre degradation is quite big and tyres play a massive role. There are too many variables.

“It was nice to be back in the car and not much more than that. We shouldn’t get excited in any way.

“Now is the time to do our homework. Maybe it’s not the most exciting part of the season, but I had fun so it’s not that boring.”