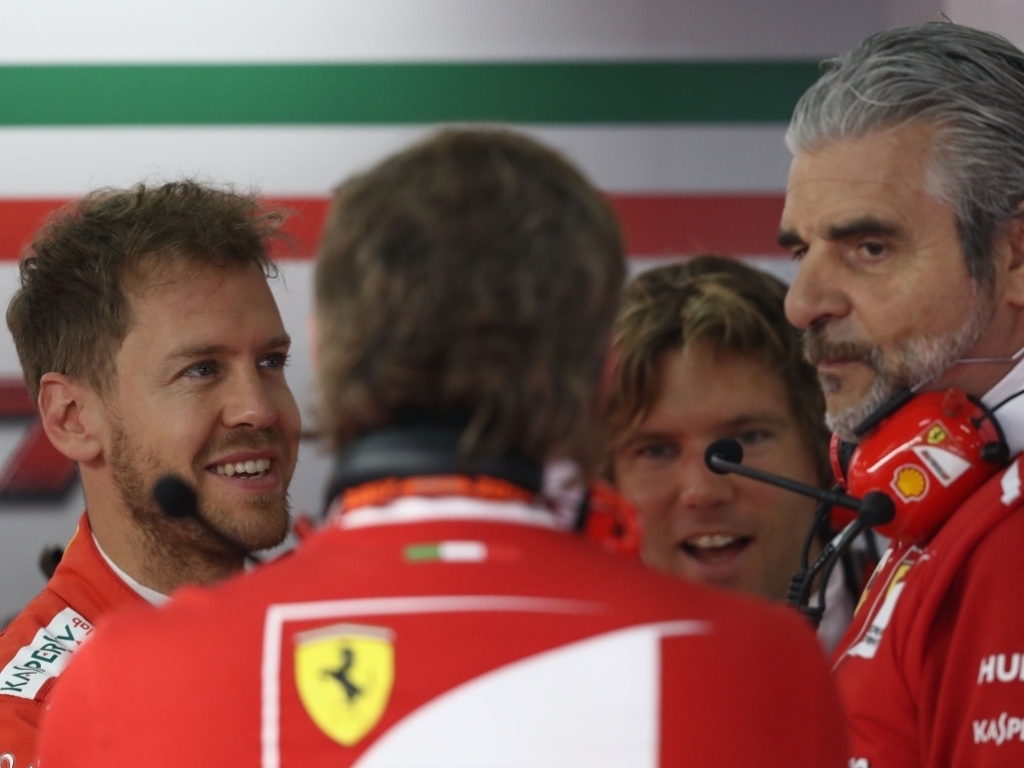 Sebastian Vettel has given a huge vote of confidence to Ferrari boss Maurizio Arrivabene, who is under pressure following the Scuderia's slip away from the titles.

There has been some suggestions that Arrivabene is facing the axe because of Ferrari's sudden decline since the summer break but Vettel has categorically said that he remains the best man for the job.

"Absolutely," Vettel said in the drivers' press conference. "What is his strength? Look at the results, look at where Ferrari was after 2014, how competitive Ferrari was in 2014 and how in unreasonable shape it was.

"The spirit was down. He is the key person responsible for bringing that back, to open things up and change things that were done for 20 years before that.

"He has an innovative and creative way of thinking, he is the right man, he is a good leader, he is well respected by all the people – no matter what level of the company. Absolutely I am a fan.

"If you look at the results, they are coming. This year we would have liked it to be a bit different, but these things happen – we're still growing the team, growing the culture, we are still on that journey.

"The expectation is always high. We have made massive steps in the last three years and we have to continue to make those steps.