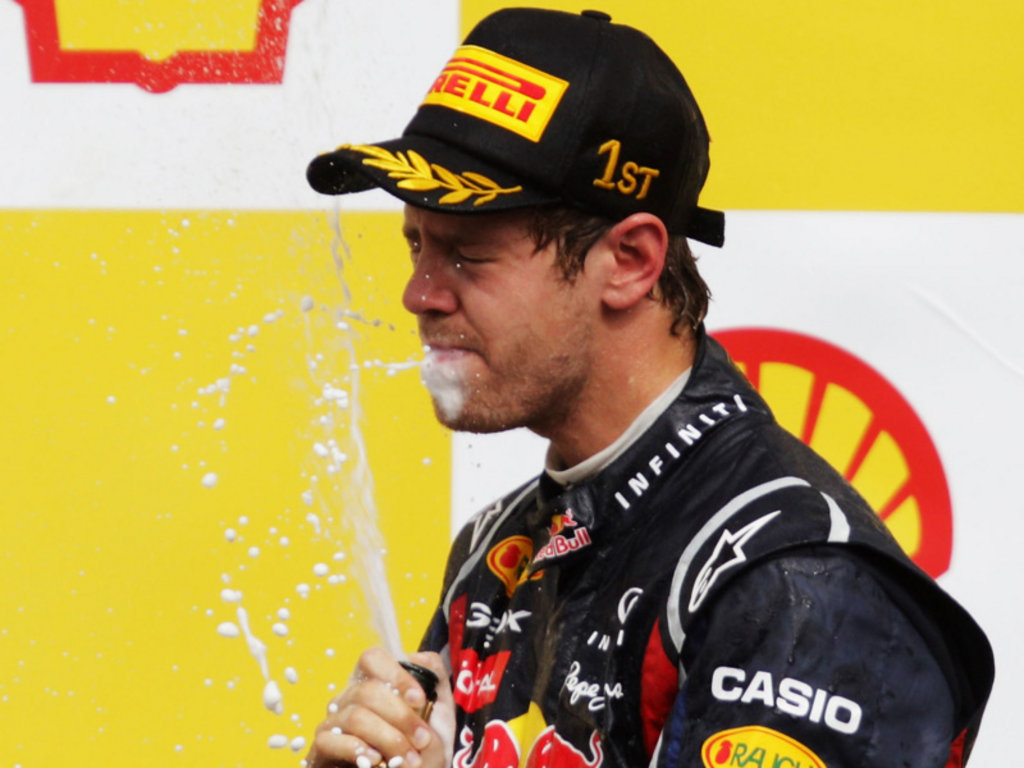 Sebastian Vettel is refusing to lay claim to the 2011 Drivers’ Championship title despite taking a massive step towards it in Belgium.

The Red Bull driver clinched his first-ever victory around the Spa-Francorchamps circuit, extending his lead in the Drivers’ Championship to 92 points over team-mate Mark Webber, who finished in second place.

His nearest non-Red Bull rival is Fernando Alonso, however, the Ferrari driver is 102 points off the pace.

And with just a total of 175 still to play for, Sunday’s victory could have all but ensured Vettel walks away with his second World title.

However, the reigning World Champion is refusing to count his titles before they are in the trophy cabinet.

“I’ve got more points than after the last race,” he said.

“Of course I’m very happy with the result and I know that it’s very important to finish ahead of these guys, so it brought us closer to our final target, but it’s still a long way to go.”

The German cited last year’s title race as proof that anything can happen after he came from behind to beat Fernando Alonso by four points at the final race of the season.

“This time it might be looking different but if you look at how quickly things can change, if you are out in two races and someone else is having a good couple of races, it could change so all we do is try to get the optimum every time.”