Home Uncategorized Vettel: Still much more to come from Ferrari 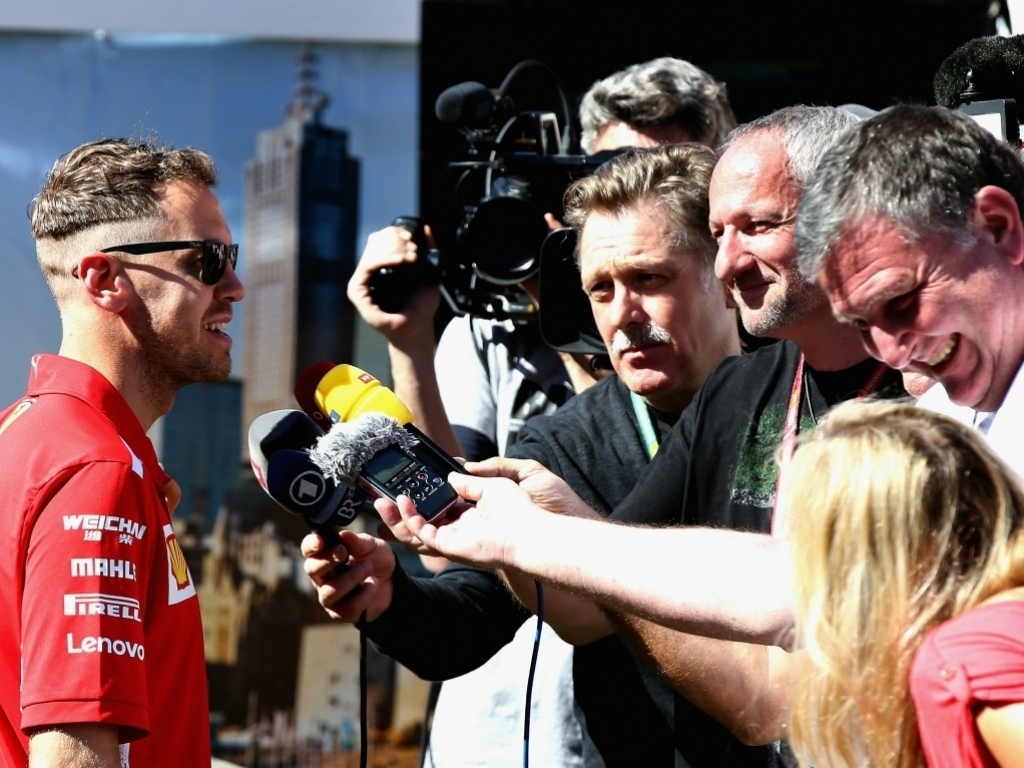 Sebastian Vettel has said that Ferrari "still have quite a lot of performance in hand" after trailing Mercedes and Red Bull in the second practice session in Melbourne.

Vettel finished P5 in FP2 and was half a second behind Lewis Hamilton, who topped both practices in sweltering conditions at Albert Park.

But the German is not concerned at this stage about being off the pace and said that there will be much more to come from Ferrari over the rest of the weekend.

“We tried to chance the balance a bit because I didn’t feel yet very comfortable,” Vettel said back in the paddock. “So I think we still have quite a lot of performance in hand.”

“I’m not too worried because I know that if I get everything right then we should be in better shape. It looks to be close which is good news. We should be able to do something tomorrow."

Vettel was then asked for his assessment of the pecking order now that the serious business has started, but he still thinks it is hard to give a definitive answer at this stage.

“I think it’s too difficult at the beginning of the season to know,” he replied.

“Normally after a couple of races you know how much everybody is improving, you know where you have to be on Friday to have a say for pole. But this year everything is new so we have to wait.”

As for the midfield battle, Vettel singled out Haas and McLaren as the main contenders as all four respective drivers finished FP2 inside the top 10.

“Haas has left with a strong impression from Barcelona,” he said.

“At least today for one lap they seemed reasonable, I didn’t see much else. I think we’ll have to wait to really confirm.

“Melbourne is a tricky track. If you don’t feel 100% then there’s quite a bit of time in that which all of a sudden comes if you feel confident.

“Therefore I wouldn’t rule out, further back, McLaren as well. They didn’t do much in testing so it’s difficult to judge where they will be. If it’s close, it’s good for everyone, you’re always in range and you can do something.”