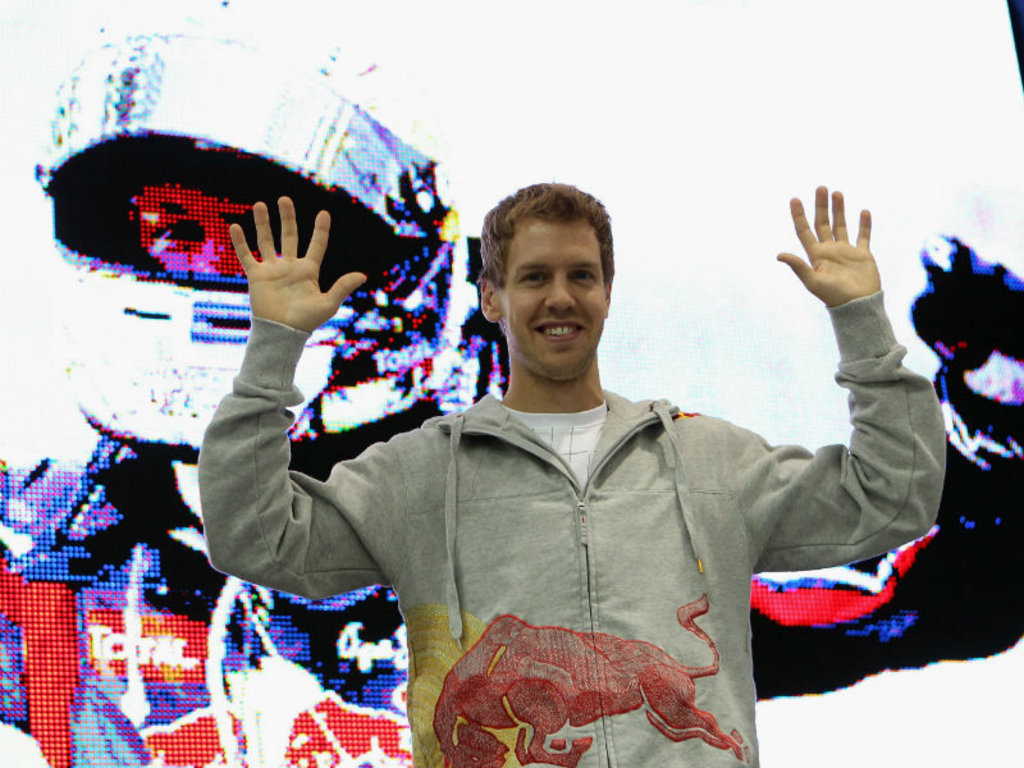 Sebastian Vettel has hinted that he could stay on at Red Bull for a few more years even after his current deal expires.

Vettel, who clinched this year’s World title with Red Bull Racing at the Japanese GP earlier this month, is contracted to his team until the end of 2014.

It was the German’s second Drivers’ Championship in as many years and secured his place in F1’s record books as the sport’s youngest double World Champ.

And although there have been rumours of the German moving to Ferrari when his time at Red Bull is up, Vettel insists he is “happy” right where he is as he looks to end an impressive season on a high note.

“I think it has been an extremely successful year – again.” he said. “It is just incredible what we have achieved.

“It is the small things, like coming home and opening the door, which make you realise what happened, and that all the hours have paid off.

“The season is not yet over though – we have three more races to go and the chance to prove ourselves again.

“As for me, I’m very happy where I am. I think we have achieved a lot together in the last three years.

“We were able to raise our game in more or less all areas. The whole team has become more professional, more committed and everyone is working hand in hand for success.

“It’s not usual to be a part of something like that, and I don’t see myself in a position to say this is what I have done. This is what they have done. We are a team and we are happy to do all we do.”

The 24-year-old is nearing the end of one of the most successful seasons ever seen in F1 with 12 pole positions and 15 podium finishes, 10 of which were from race wins.

However, perhaps ominously for his rivals, Vettel insists there is still room for improvement.

“It’s always a difficult question to know where to improve. I think, being 24, there are a lot of areas to understand, a lot of bits inside and outside the car.

“You always need to be ready to learn, and small steps can make the difference. When I look at Korea, we were able to learn from Japan – both the team and myself.

“Only small things sometimes, but we addressed them and did a better job. You have to be open like that, always ready to learn and working always for the next race.

“I put it this way – I care about the sport, I know its history and the numbers.

“I like to see from time to time my name somewhere, but I don’t set myself targets about the number of wins or stuff like that.

“I’m not racing for statistics. I’m a big fan of the sport. I love Formula 1. I always did as a small kid and that hasn’t changed.”