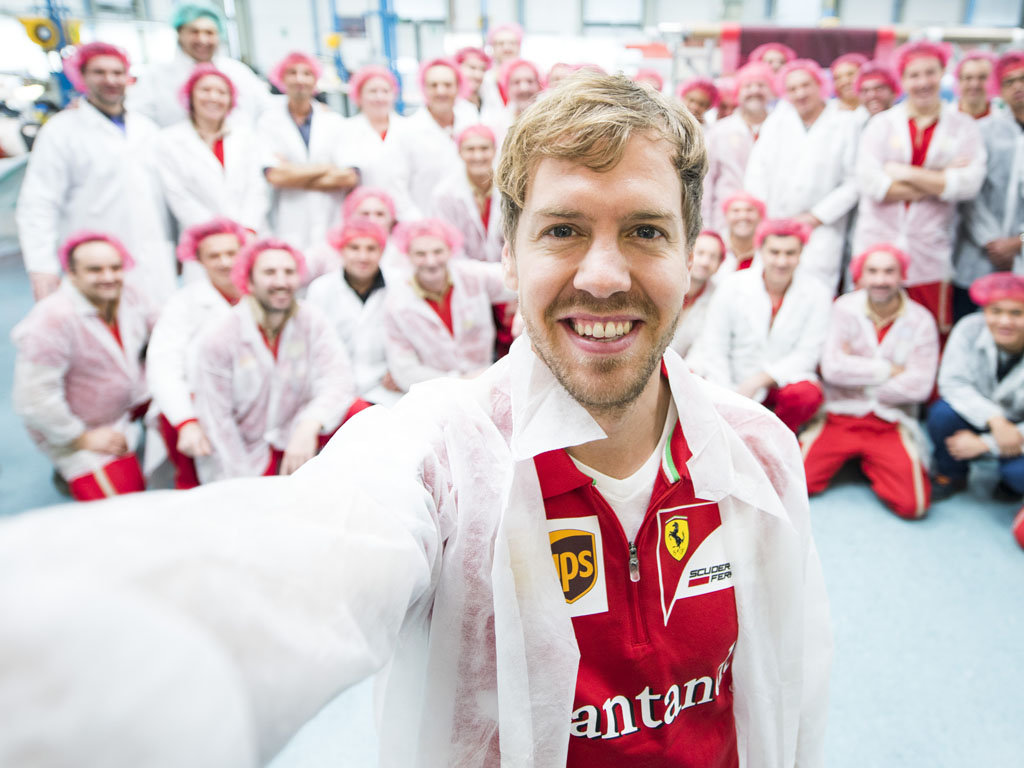 Sebastian Vettel visited Ferrari’s base for the first time since his winter holidays this week, ‘at the request’ of Team Principal Maurizio Arrivabene.

“The purpose of the tour was to allow the four times World Champion to visit all the departments and to get better acquainted with everyone he will be working with this season,” reported Ferrari.

Vettel, who despite swapping to Ferrari is still one of the favourites for this year’s World title, had already met several members of Ferrari when he spent time in the garage during the post-season Abu Dhabi test in 2014.

At the start of December he drove a Ferrari F1 car for the first time when he got behind the wheel of the two-year-old F2012 at the team’s Fiorano test track, sporting the number five the 27-year-old will use in 2015.

Arrivabene conceded that Ferrari might be in for another “difficult year” after “starting late with the 2015 car”, but added that “two or three” wins would constitute something of a successful season.

At Ferrari’s pre-Christmas media gathering, new Team President Sergio Marchionne told reporters that were present that Vettel is well aware of the task that awaits him in 2015.

“I don’t think he’s naive, he knows our level of performance but this is the power of Ferrari: it manages to attract people even just based on its potential. Our job for 2015 is to set this potential free. Vettel’s big gamble is ours too, to reconstruct the team and to make it grow,” Marchionne said.

Ferrari, who are 10/1 with Paddy Power to win the Constructors’ title, are scheduled to launch their 2015 car on January 30, two days before the start of the first pre-season test at Jerez.