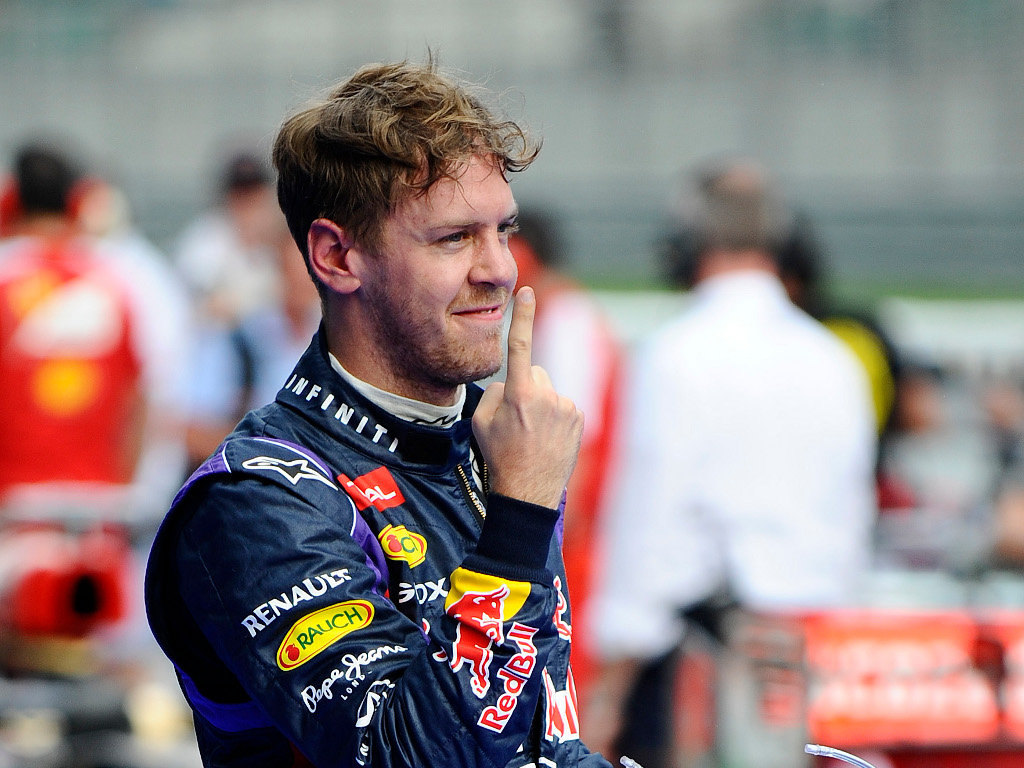 Sebastian Vettel is intent on finishing his Malaysian GP as he begins it, a feat he did not manage to achieve last time out in Australia…

Sebastian Vettel is intent on finishing his Malaysian GP as he begins it, a feat he did not manage to achieve last time out in Australia.

On a slightly drying track with intermediate tyres, Vettel blitzed his rivals to claim his 38th career pole position by 0.913s over Felipe Massa while last year’s title rival Fernando Alonso was third, a further tenth off the pace.

It was an impressive showing from the German, who says even he was “surprised” by his advantage over his rivals.

“It was an interesting qualifying as we knew the rain was on the way,” he said. “We expected some at the beginning of qualifying so we took a bit of a different approach to other people.

“Q2 was quite on edge and I think the rain probably helped us a little bit otherwise we would have had to go out again.

“It was just enough to go to Q3 where with the circuit drying. It was clear that it was probably better to change tyres [midway through] – we confirmed that pretty early – and I think we did the right thing.

“I’m a bit surprised by the gap. I had a decent lap and we managed to save tyres which could be crucial for tomorrow.”

Vettel is now determined to finish the grand prix in the same position as he starts it, P1. The reigning World Champion, though, concedes he’s in for a long and hard race.

“If you start in the front, you always want to finish there as well. It will be a long race and it’s difficult to know the true pace. We confirmed what we saw in Melbourne.

“I’m happy with the balance of the car. Considering where we were here last year [in terms of performance], it’s a big step forward. Managing tyres will be crucial and then we go from there.

“Hopefully we can get to chequered flag in the same position.”