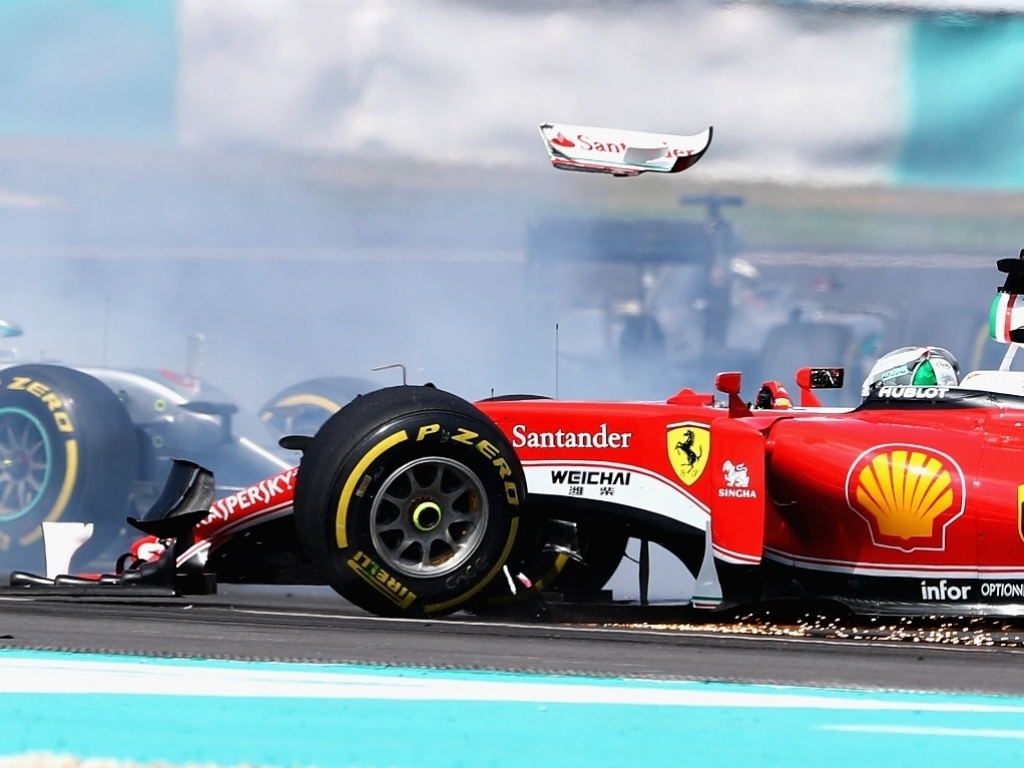 Sebastian Vettel was a “bit surprised” to be questioned about his driving at Sepang where his antics earned him a three-place penalty for this weekend’s Japanese GP.

Holding the inside line as he battled with Max Verstappen for track position, Vettel hit the Mercedes of Nico Rosberg.

The impact pitched the championship leader into a spin while also damaging Vettel’s Ferrari and putting him out of the grand prix.

The stewards deemed the four-time World Champion responsible and slapped him a three-place penalty for this weekend’s Japanese GP.

Asked about his over aggressive driving at Suzuka on Thursday, Vettel told reporters: “I’m a bit surprised say you’ve never seen me like this.

“I’ve attacked a lot of cars in all the starts I’ve done in my life into Turn 1, and most of the time I got away with it.

“Sometimes I didn’t and I guess last week was one of those occasions where it just didn’t work.”

The German, though, denied that he was having to overdrive his SF16-H to compensate for its lack of pace.

“I explained before what happened last week, I don’t think there’s so much to analyse or so much to go through.

“You try to squeeze everything from the car you can at any time.

“Sometimes you find yourself overdriving.

“You always try to achieve the best and sometimes you push too hard – it’s normal, it’s human.

“Sometimes you don’t push enough, so it’s about finding the sweet spot in the middle.”