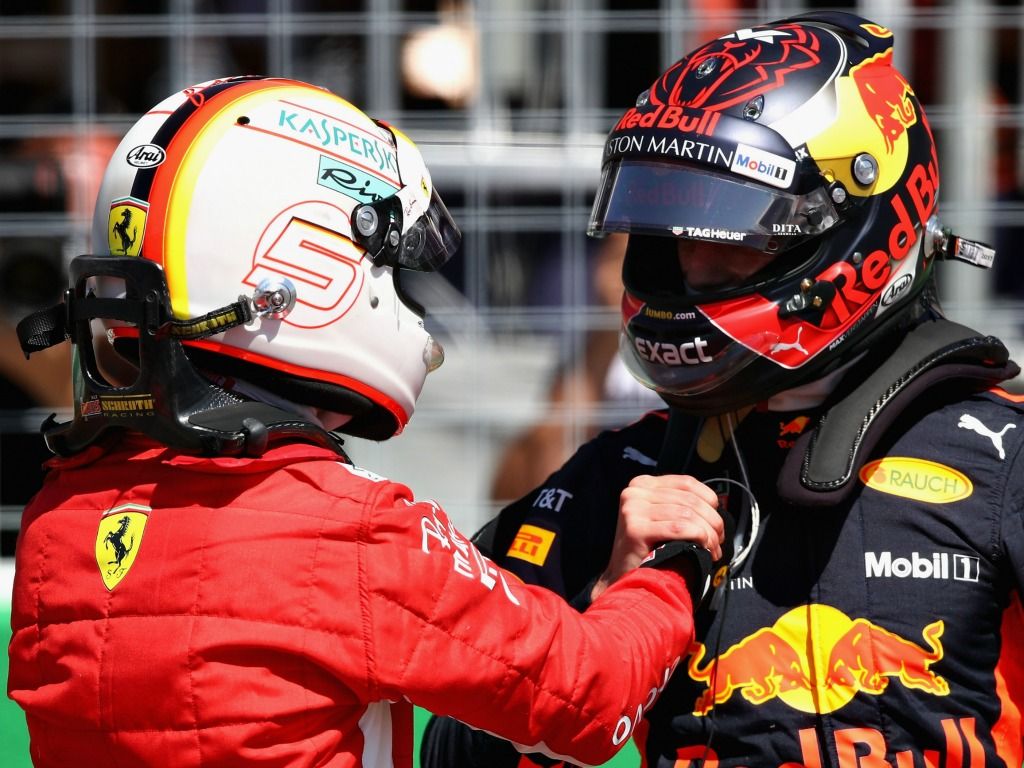 Sebastian Vettel believes the hypersoft tyres are not a “good race tyre” and is surprised to see Red Bull starting on them for Sunday’s Canadian Grand Prix.

Vettel, who stuck his Ferrari car on pole position with a stunning performance in qualifying by breaking the lap record with a 1:10.764, will be starting on the ultrasoft compound and said it never crossed their mind to think otherwise.

“No, no. It was a very smooth session for us,” Vettel said when asked in the paddock if Ferrari were tempted to match Red Bull’s starting strategy.

“We were briefly talking about what we wanted to do, trying to figure everything out.

“For me it was pretty straightforward, and in terms of strategy we did what we wanted to do.

“I don’t think the hypersoft is a good race tyre. I’m a bit surprised that both of the Red Bulls chose that, but I guess they have their reasons.”

After clinching his fourth pole position of the season, Vettel was delighted with the response after a tough Friday practice in Canada.

He added: “I got the job done. Yesterday we were a bit in trouble. I wasn’t really happy with the car, we had some problems and I couldn’t get the rhythm.

“Today we switched on. The car was incredible, it just kept getting quicker.

“In my final lap I had a small mistake otherwise I think there was a little bit more. But it was fantastic. Thanks to the team for fixing the car yesterday after I hit the wall.”