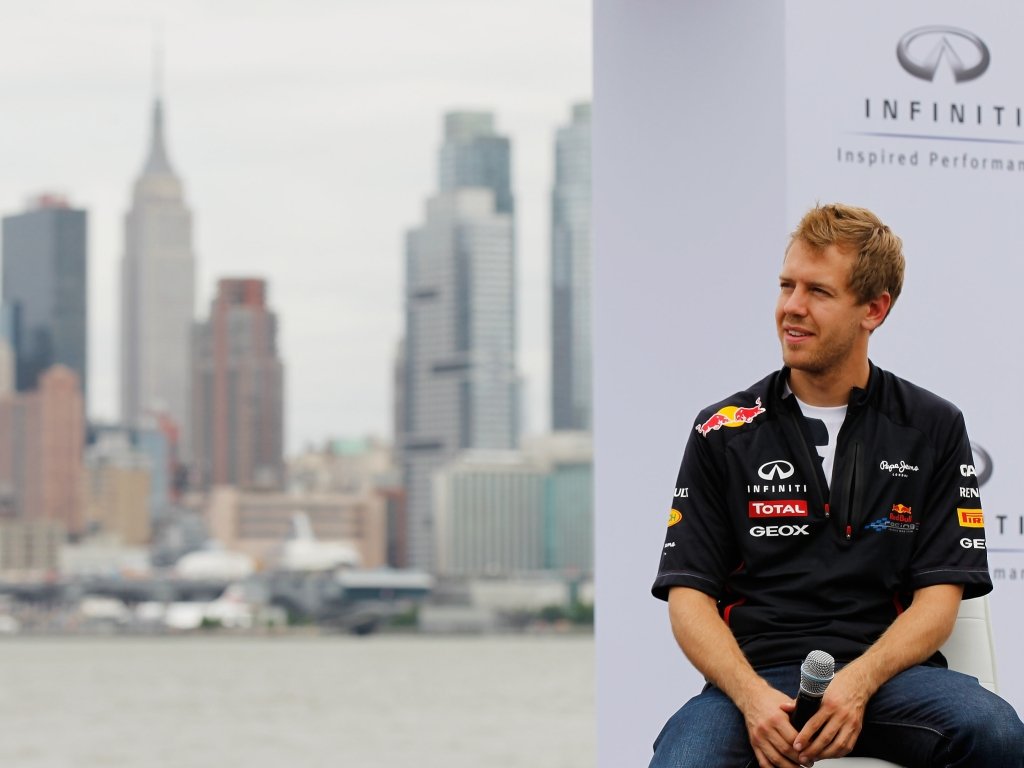 Sebastian Vettel on Monday enjoyed a close up look of the planned circuit for next year’s Grand Prix of America race.
The World Champion drove a 3.2-mile course that makes use of existing streets in Port Imperial, Weehawken and West New York, along the Hudson River and at the top of the Palisades. One of the big selling points of the circuit is that the New York skyline will serve as a background for the event.
The German was suitably impressed by the layout, calling it “exceptional” and comparing it to the Monaco GP.
“Certainly the up and down, the changing elevation, is something we enjoy,” Vettel is quoted as saying by The Star-Ledger.
“Monaco is very special for us, it has a lot of history, etcetera. But I think this race is going to be very, very great, and very soon will be one of the races that every driver wants to win.
“As I said, I’m really pleased to be here today, but I’m really looking forward to next year, to jump in the car and see how it feels.”
Organising chief Leo Hindery Jr said that he expected the race to be officially confirmed on the 2013 calendar early next month, with race set to follow on from the Canadian GP.