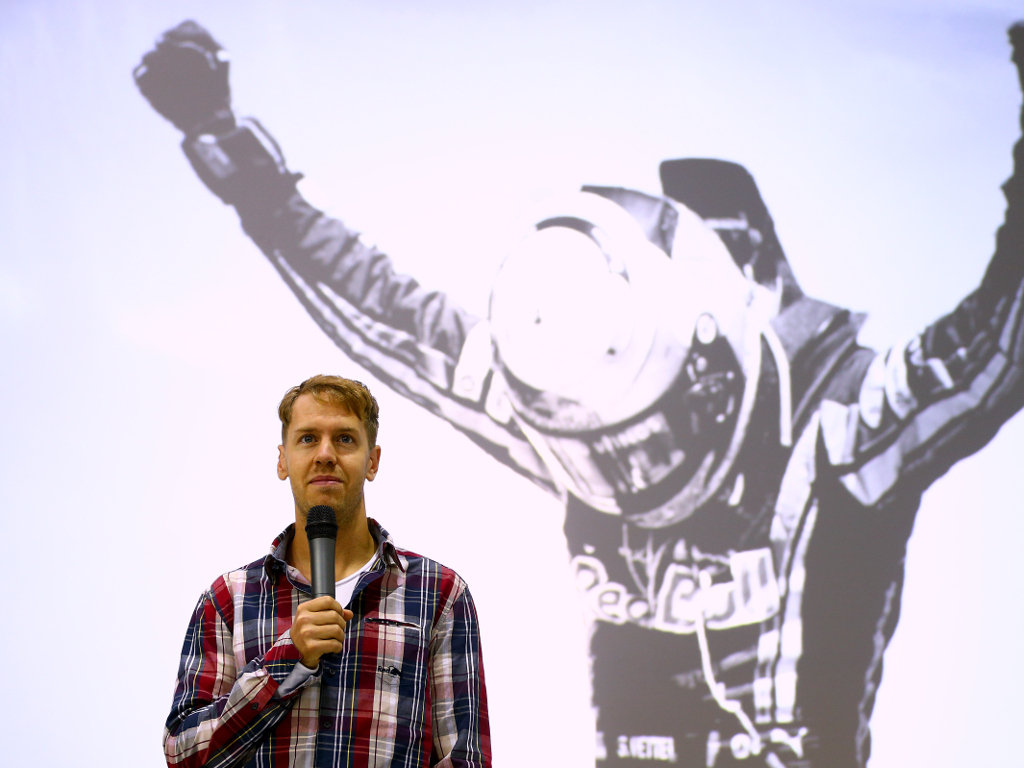 Sebastian Vettel has thanked Red Bull Racing for an “incredible” six years as he bid farewell to the Formula 1 team.

Racing first for Toro Rosso and then Red Bull Racing, Vettel is without a doubt the company’s most successful F1 driver.

But after six years with the senior team, and an even longer relationship with the Red Bull brand, Vettel has said goodbye.

The 27-year-old made his farewells at an event at the Red Bull factory on Tuesday.

“The last six years have been incredible,” he said.

“What we’ve achieved, the work that’s gone in. So much passion, so much dedication. It will always stay in my heart.

“Big, big thank you to everyone. In the end we had the better car because we were the better team. Thank you really doesn’t really describe enough what I feel.”

The four-time World Champ is heading to Ferrari in 2015 and recently covered his first laps in a scarlet red Formula 1.

And although he’s embracing the new challenge that awaits, Vettel says he will always look back on his Red Bull career with fondness.

“There’s a lot of happy memories from this place that I’m holding onto,” he added.

“It’s been a great journey and I’ve very grateful for what all of you did for me. I’ll shut up now.”