Home Uncategorized Vettel: That was tough 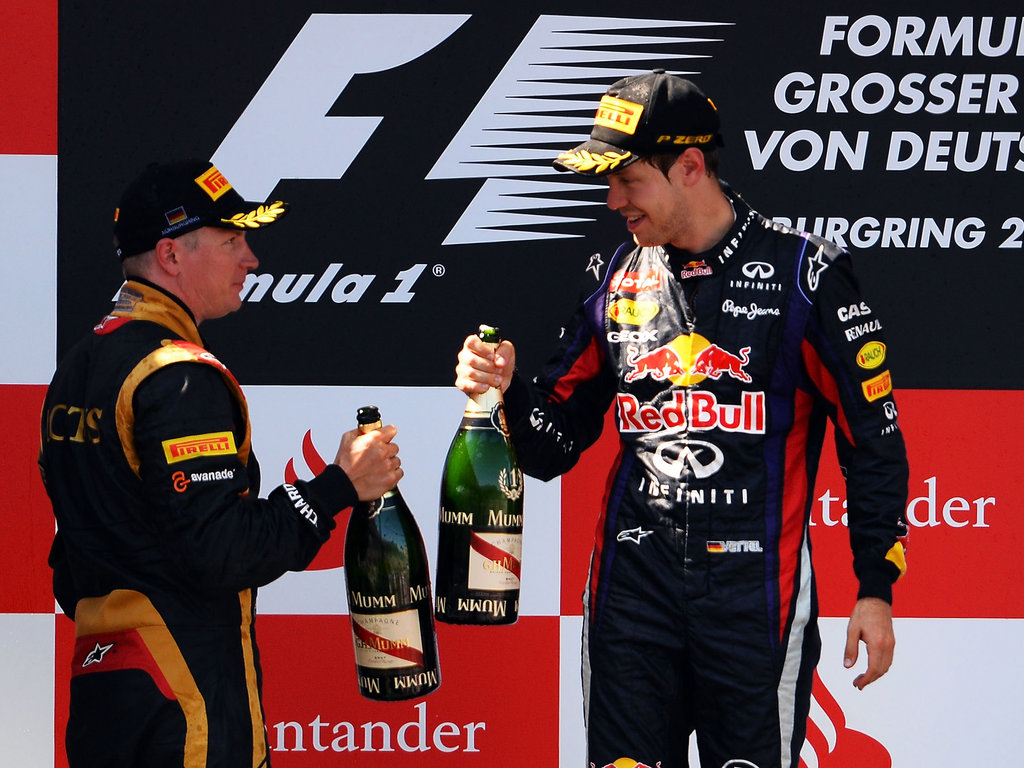 Sebastian Vettel concedes he was really made to work for his maiden victory at the German GP after heavy pressure from the two Lotus cars.

The Red Bull driver notched up his fourth victory of the season at the Nurburgring on Sunday but endured a tough tussle with first Romain Grosjean and then Kimi Raikkonen as he fought to hold on to top spot in the final third of the race.

In the immediate aftermath of the race, Vettel admitted it had been a real battle for victory, sentiments he reiterated at the post-race press conference.

“Woo hoo. Thanks guys that was a tough race, they really gave me a run for my money,” the German said over the team radio having crossed the finish line.

“It’s unbelievable. I am very, very happy. Kimi was pushing very close in the end but I was pushing in every lap except from the ones with the safety car,” he added later.

“I enjoyed today and I could feel Kimi coming and it was quite close with Romain too but we recovered and I am very happy the race ended after 60 laps and not 61 or 62 laps.

“Lotus was incredibly quick today, they managed their tyres better than most so all in all it was fantastic and compliments to the team.”

The 26-year-old admits that winning his home grand prix at the sixth attempt is a moment to savour.

“It’s a great relief and a special day,” he said. “It will take a little while to sink in, but I’m incredibly proud today, the team did a fantastic job for strategy and pitstops.