Home Uncategorized Vettel: That’s just the way it is 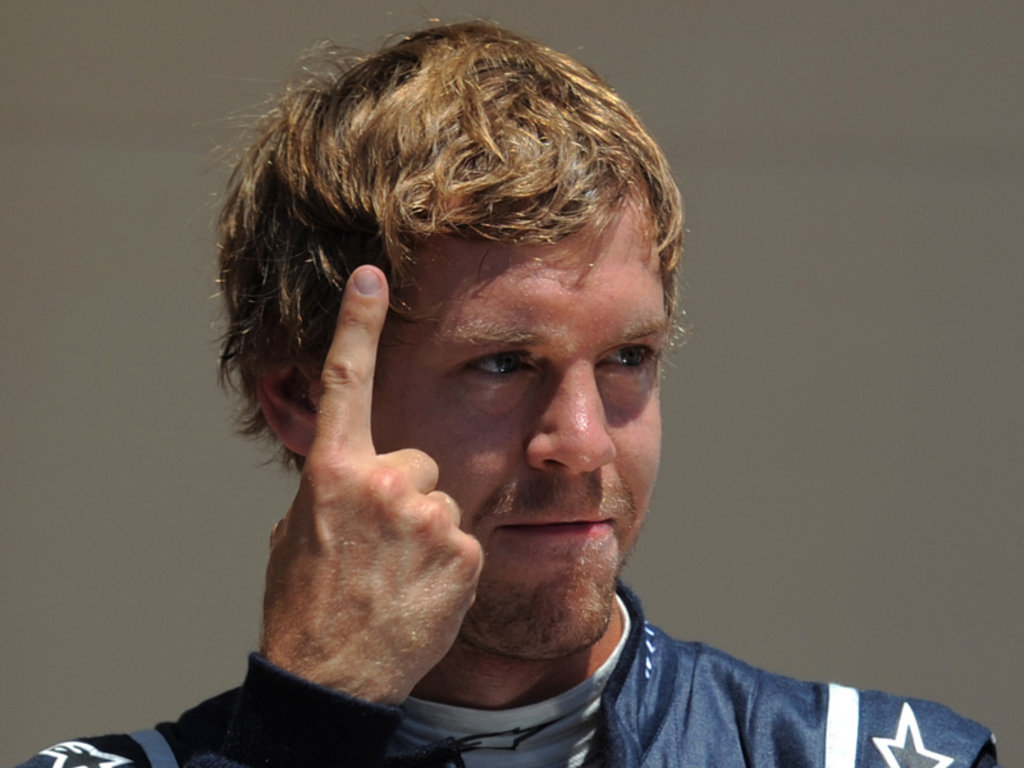 Sebastian Vettel says he has no plans to stop waving his finger despite a growing number of those who find it offensive.

Vettel first stuck up his finger when he claimed his maiden pole position followed by the race victory at the 2008 Italian Grand Prix with Toro Rosso.

Since then, he has continued with what has become known as his trademark, showing his finger a further 21 times after taking pole position and an additional 15 after winning races.

There are, however, some F1 fans who reckon it is tacky and showing off.

But for Vettel it is neither as he insists, despite his amazing run of form, that he’s still one of the good guys.

“There are two sides. There is no reason why outside the car you have to be a bastard,” Vettel told Guardian.

“If you always have been, then that is you. If people don’t like it, that is how it is. It is not right to fake being a nice guy.

“I am who I am and I am not trying to be someone who I am not. If I could do that I would be an actor.

“I’m trying to achieve something. I have my target. I know what it takes. Next to that there are things which other people would like you to do or achieve. But you cannot please everyone.

“Unfortunately there will always be some people offended by what you do – for instance, with the finger – but that’s how it is.”

Heading into this weekend’s British GP, where he could secure his seventh victory of the Championship, the Red Bull driver says that while he is confident, he’s by no means getting ahead of himself.

“I don’t arrive like that. Obviously, when we arrive we are confident and we believe in ourselves. And we believe that we can have a good weekend. But I can’t take it for granted to arrive and say pole, race. It never comes easy.

“My biggest dream was to become Formula One World Champion. No one can take this away from me, from us, any more. Whatever happens in the future this will always be there.”