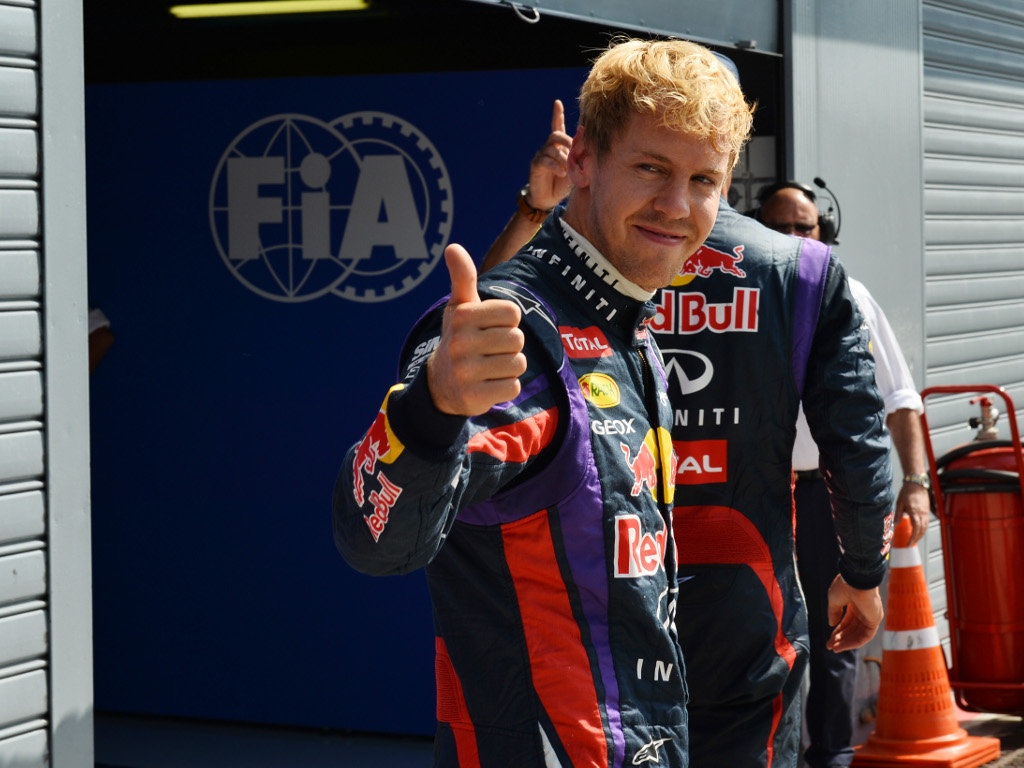 Sebastian Vettel says it was a “bit of surprise” seeing Red Bull go well at Monza this weekend as the German claimed his third Italian GP pole.

Traditionally the Monza circuit is not one of Red Bull’s strongest but that doesn’t mean the team hasn’t excelled before.

Vettel claimed the victory in 2011 to go with his 2008 triumph with Toro Rosso. Both races the German started from pole position as he will Sunday’s 53-lap race.

His 1:23.755 in Saturday’s qualifying meant he secured the coveted grid slot by 0.213s ahead of his team-mate Mark Webber.

“This weekend the car has been fantastic so far and better than what we could expect,” Vettel said.

“We had a really strong pace yesterday and we were able to take that into qualifying today.

“I had two good runs but in the end it’s still a bit of surprise to have two cars on the front row on a track where historically we have had bad years.

“This year seemed to work well and hopefully we’ll have a good race tomorrow from where we start.”

The Red Bull racer admits his performance on Saturday was thanks to Red Bull’s much-improved low downforce package that they brought to the high-speed track.

“We target to have the optimum every year. Obviously some years we are closer and other years we are quite far away.

“It seems that this year we are in a very strong position. We are able to match other cars on the straights and we know that in corners we have a strong car.

“It’s a nice place and a nice track and very challenging to get a good lap because the downforce is very low on the car and it feels very light.

“Sliding a little bit here and there doesn’t cost you as much as at other circuits, but obviously if you try too often to go over the limit there is a big penalty. But we managed to get through and get a great result.”